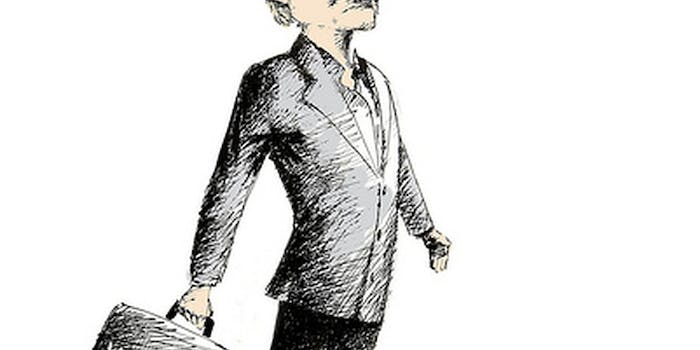 A week after the Web activist died, WikiLeaks ran Aaron Swartz’s corpse up the Twitter flagpole to see who would salute.

A week after the Web activist died, WikiLeaks ran Aaron Swartz’s corpse up the Twitter flagpole to see who would salute.

From 9:27 to 9:33 Friday evening, the whistleblowing site issued a series of tweets on its official account, calling Swartz a WikiLeaks source.

2. Aaron Swartz was in communication with Julian Assange, including during 2010 and 2011

3. We have strong reasons to believe, but cannot prove, that Aaron Swartz was a WikiLeaks source. #aaronswartz

Why make such a claim in the wake of the death of such a well-loved man? Tim Carmody of The Verge suggests, “The aim of these tweets could be to imply that the U.S. Attorney’s Office and Secret Service targeted Swartz in order to get at Wikileaks, and that Swartz died still defending his contacts’ anonymity.” But there is no proof, as he notes, to that effect.

One of the responsibilities of the Secret Service, a part of the United States Department of the Treasury, includes investigating “unauthorized access to protected computers.” So it is certainly conceivable that they are involved with the investigation of either WikiLeaks’ use of the secret documents it allegedly received from U.S. Army Pfc. Bradley Manning, or of Swartz’s hack of MIT’s JSTOR documents.

The fact that WikiLeaks “operate(s) a number of servers across multiple international jurisdictions and we we do not keep logs,” according to their policy statements, may explain why they “cannot prove” Swartz’s involvement with WikiLeaks. But what constitute the “strong reasons” they believe he was a source in the first place?

And more to the point, why make such a claim now that Swartz is dead? WikiLeaks stopped taking contributions to its database in 2010 and has spent every waking moment since building out the hagiography of its founder, Julian Assange.

Was this claim, which some have found to be in such profoundly bad taste that visible stink lines seem to issue from each tweet, merely an attempt to achieve innocence-by-association—in this case, association with a beloved and, many believe, innocent, activist? (The difference in reputation between the sweet-natured Swartz and the bellicose Assange, who stands accused of sex crimes in Sweden and possible terrorism charges in the United States, could hardly be wider.)

For now, these questions—the same ones we sent to WikiLeaks spokesman Kristinn Hrafnsson—remain unanswered.