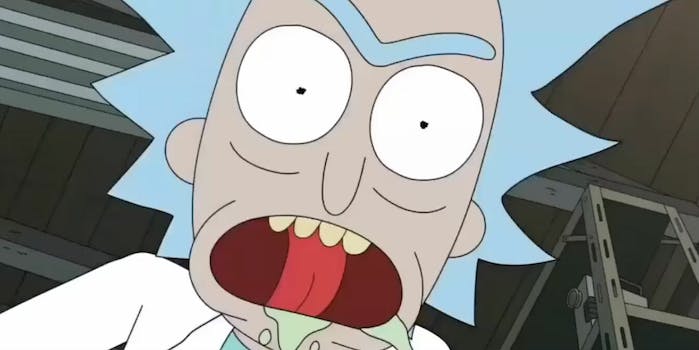 The return of McDonald’s Szechuan sauce could be imminent

Remember when McDonald’s got in way over its head when it tried to get in on the Rick and Morty Szechuan sauce craze? Well, the Szechuan sauce saga continues as one Reddit user claims the condiment was recently spotted on a McDonald’s register menu.

Back in 2017, after the throwback Disney’s Mulan promotional Szechaun sauce was randomly featured in one of the cartoon’s episodes, McDonald’s announced it would give Rick and Morty fans a chance to try the sauce by having the sauce return to stores for one day. There was even supposed to be a poster released in commemoration of the event. But McDonald’s seriously underestimated the tenacity of the show’s fans.

Thousands showed up to McDonald’s restaurants across the nation, and stores ran out after distributing only a few sauce packets. Things quickly descended into absolute mayhem. Fights broke out, and angry fans shouting “give us sauce” had to be dispersed by police in some locations.

Here at the San Jose Mcdonalds. This is our reaction to the shortage of #szechuansauce #giveusthesauce #rickandmorty pic.twitter.com/sIGaUZKDKj

Now, rumor has it that the sauce will be returning to Mickey D’s soon. A Reddit user, who claims to work at the restaurant, claims to have seen the condiment on the store’s menu.

“Szechaun sauce is real very soon. I work at McDonald’s and found this in the register menu. You’re welcome,” the post read along with a picture of the menu’s options.

Szechuan sauce is real very soon. I work at McDonald’s and found this in the register menu. You’re welcome. from rickandmorty

McDonald’s posted on Twitter in response to a user asking about the sauce writing: “Stay tuned, we’re working on getting Szechaun sauce back to this dimension as fast as possible!”

Stay tuned, we’re working on getting Szechuan sauce back to this dimension as fast as possible!

It seems like McDonald’s has yet to learn about the dangers of exciting Rick and Morty fans about Szechaun sauce. Hopefully this time the fast-food company will be sure to stock up and deliver on its promotional promises.