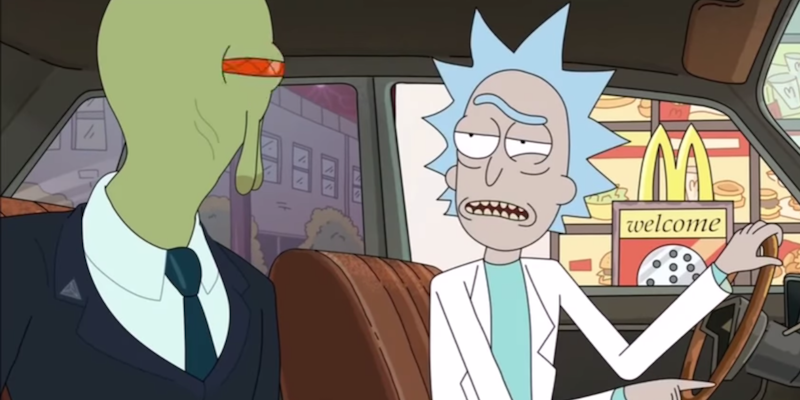 Word to the wise: Don’t promise Rick and Morty fans something and not come through. That’s the lesson McDonald’s learned on Saturday, when the fast food behemoth promised to bring back, on a one-day-only basis, the promotional Szechuan sauce that was revealed as mad scientist anti-hero Rick’s “one-armed man.” But when the big day finally rolled around, countless fans were left crying into their decidedly non-Szechuan McNugget dipping sauces, and they were not chill about it.

From the looks of things, some people came near to an all-out revolt. Videos circulating on social media showed lines of outraged fans, in disbelief and disgust that their weekend quest for Szechuan sauce had been foiled. The sauce in question, originally released in concert with the 1998 Disney film Mulan, was cited by Rick as his central motivating force in the show’s third season premiere.

Plenty of Rick and Morty fans took that rambling confession to dipping sauce obsession to heart, and it made things pretty awkward when participating McDonald’s locations starting running out of the stuff in record time. A brief glance through social media tells the tale.

Got there an hour early for Szechuan sauce. Left because McDonald’s was only sent 30 packets. Sending bad vibes to McDonald’s Corporate smh can’t complete my serie arc now #szechuansauce pic.twitter.com/MTuAOSqwfG

To get a perfect, representative sense of how many Rick and Morty fans had their hearts broken over this, just take a look through the replies to this McDonald’s tweet after the promotion had ended, embedded below. Needless to say, people were a little riled up.

The best fans in the multiverse showed us what they got today. We hear you & we're sorry not everyone could get some super-limited Szechuan.

I'm an adult I can deal but a kid literally left crying. pic.twitter.com/qHugRIjDtm

And, of course, plenty of people were all too eager to have a laugh at the people who lined up for hours to get a taste of a discontinued McDonald’s sauce just because a cartoon told them to. Schadenfreude is undefeated, huh?

Hundreds of people waited for hours in failed attempts to have try a condiment they only like because they were told to by a cartoon man.

There’s no way to know whether McDonald’s will roll out this clearly prized sauce again. But based on how the first go-around went, it seems like it might not be worth the headache.