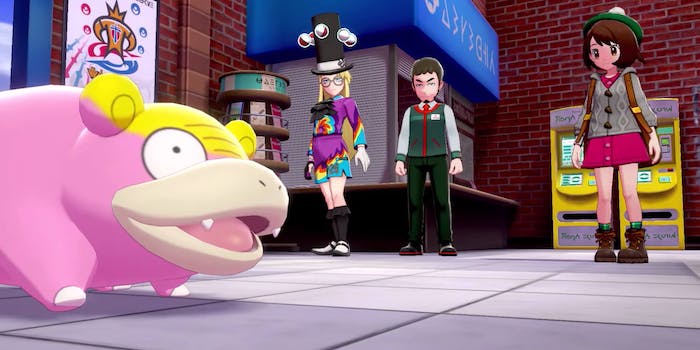 Pokémon Sword and Shield will be the first entries in the massively popular franchise to feature full-blown expansions through downloadable content (DLC) passes.

On Thursday over 280,000 viewers tuned into a roughly 20-minute Pokémon Direct that shared a wealth of details surrounding the Pokémon Sword and Shield expansion passes. The expansion passes will grant players access to The Isle of Armor and The Crown Tundra which directly continue the stories of Pokémon Sword and Shield. The expansions will be released in June and sometime this fall respectively. The passes will be available for pre-purchase later today for $29.99.

In addition to continuations of the story mode, players can expect new gyms, rivals to battle, accessories, and even new Pokémon. In the Pokémon Direct, Game Freak said the expansions would be accompanied by the addition of more than 200 Pokémon including new forms of existing creatures. It seems the “Dexit” controversy surrounding Pokémon Sword and Shield’s initially limited Pokédex has been remedied.

#PokemonDirect
Me and the boys sneaking into Galar to steal your lunch money pic.twitter.com/83yMAd3S01

love that my boy goes all the way from "please be nice to me i WILL cry" to "i won't hesitate, bitch"#Pokemon #PokemonDirect #PokemonSwordShield pic.twitter.com/zaboRcnta3

Nintendo has previously experimented with DLC in the past. Most notably, The Legend of Zelda: Breath of the Wild received a fairly hearty expansion. However, Pokémon is the franchise that Nintendo tends to play it most safe with. Expansions are a radical departure from the formula of releasing a third version of a generation’s games sometime after the originals. This method has been tried-and-true for Nintendo since Pokémon Red and Blue in 1996 and the subsequent Yellow version in 1998.

The Pokémon Direct also had thousands pressing “F” in the chat to pay respects as the stream apparently died for the majority of viewers. President and CEO of the Pokémon Company Tsunekazu Ishihara was mid-sentence saying the phrase “You’ll also be able to…”

The information that most people got cut off from was that players will be able to purchase the passes in-game within Pokémon Sword and Shield.

For those wondering what happened to the narrator at the end of the #PokemonDirect pic.twitter.com/6CIVJIEf2L