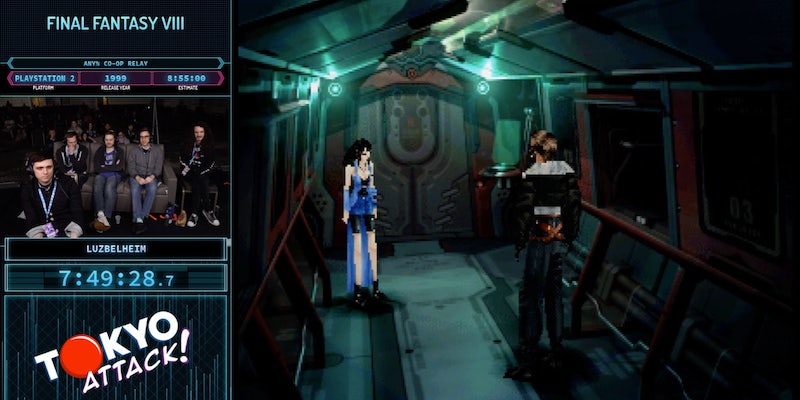 Games Done Quick is without a doubt the biggest speedrunning event out there for video games. Viewership on Twitch has peaked at nearly 220,000 concurrent live viewers and 2019’s Awesome Games Done Quick event raised $2.39 million for cancer research through the Prevent Cancer Foundation. This year, a self-described anti-feminist speedrunner was allowed to stream on the channel to over 100,000 viewers.

GDQ has also gained a sort of notoriety for banning certain streamers from running games at the event. Some bans are fully warranted, such as Mychal ‘Trihex’ Jefferson’s ban for his use of a homophobic slur while streaming.

Now that the AGDQ 2020 Games List is live *and* issues involving the Mario Maker 2 4v4 Relay Race are solved — I feel comfortable speaking.

However, other instances of discipline seem to be more based on GDQ’s volatile discretion. In 2015, runner BigJon became the subject of GDQ’s discipline over a small act that the speedrunner took while running Super Mario Bros. The Lost Levels at Summer Games Done Quick 2015. While on stream, BigJon held up a copy of a game he had been trying to get into the event. GDQ apparently saw this as an attempt by him to circumvent the submission process. While the instance of bad blood was comparatively minor and the situation was quickly resolved after BigJon “told them [he] had no vindictive intentions,” the situation highlights GDQ’s readiness to dole out discipline at its own discretion.

Late Tuesday night, AGDQ began streaming a speedrun of Final Fantasy 8. The game would be handled in a relay-style as the estimated time for the run clocked in at just under nine hours.

Before the run even started, night owls checking out this late-night stream noticed some issues with one of the game’s runners, the Spanish national Luzbelheim. People online were quick to point out that Luzbelheim had a history of anti-feminist posts and vocally supporting VOX, Spain’s extreme right-wing party that self-describes as anti-feminist.

i trust my followers to be smart enough not to watch a 9 hour final fantasy 8 speedrun but in case you aren't please consider that one of the runners for this agdq ff8 relay is a member of spain's far-right vox party and has this frankly embarrassing twitter bio pic.twitter.com/1xomf0sQw2

A deep dive into Luzbelheim’s Twitter is not necessary to uncover their bigoted views. In their bio, Luzbelheim showcases their hatred for “feminazis.” Below are anti-feminist memes that Luzbelheim recently retweeted and a tweet where they praise VOX’s economic policy.

Feminism in the 80s vs feminism now. pic.twitter.com/XePWdfS2w4

With how strict GDQ has been about banning certain streamers, it’s baffling that the vetting process it has in place allowed Luzbelheim to make it to stream. GDQ did not immediately respond to the Daily Dot’s request for comment regarding Luzbelheim’s inclusion in the event.

In 2017, writer Heather Alexandra published via Kotaku her sentiments that as GDQ continues to grow, so too will the controversies surrounding the event. This appears entirely true given that we’re only halfway through the weeklong stream and an alleged fascist-supporting, anti-feminist speedrunner was allowed to take part in a 100,000 viewer stream.

Correction: There was a dispute between BigJon and Games Done Quick that was later resolved without a ban.