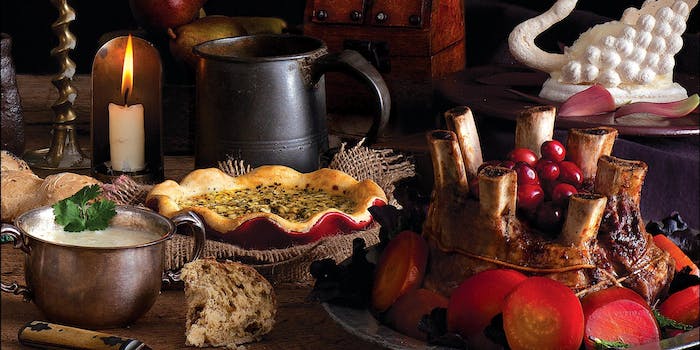 Photo via A Feast of Ice and Fire/Amazon

Parsec Podcast: How large-scale fan projects get made

We spoke to the creators of three ambitious fan projects.

For the second episode of the Parsec Podcast, we spoke to three creators who worked on large-scale fan projects: a fanzine publisher, a musical inspired by the TV show Hannibal, and a chef who recreated all the recipes from A Song of Ice and Fire.

Chelsea Monroe-Cassel’s Inn at the Crossroads blog led to her co-writing the official Game of Thrones cookbook, but for years she and her writing partner were simply posting those recipes for fun. Likewise, artist Aimee Fleck (editor of the Captain America fanzine BROOKLYN and the Hannibal fanzine RAW) and Hannibal fan Maëlibé (co-creator of the Fannibal musical) organized projects that represent the power of fan communities: creative and artistically ambitious, without any aim to make a profit.

We set up a convention-style panel with these three creators, chatting about their inspiration, their most difficult feats—for instance, cooking a rattlesnake or rehearsing a musical on Skype—and the rewards of fan collaboration.

Links from this week’s episode:

If you missed the first Parsec Podcast episode, we did a post-mortem of Game of Thrones‘ season 7, discussing plot holes, fan theories, and our hopes for the final season. We’ll be back in two weeks for an interview with a professional time travel specialist. If you want to subscribe, you can find us here on iTunes!