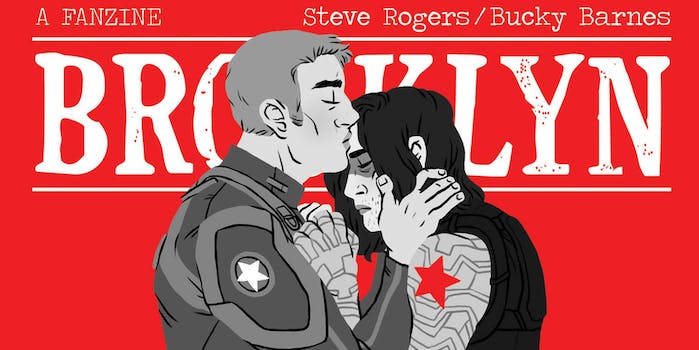 Get ready for ‘Captain America: Civil War’ with this Steve/Bucky fanzine

With less than a month to go until Captain America: Civil War, it’s time to prepare yourself emotionally and psychologically for a film that will almost certainly make you cry. Our recommendation? This fanzine of Steve Rogers/Bucky Barnes fanart.

The relationship between Steve Rogers and Bucky Barnes is the backbone of the Captain America trilogy, spanning their childhood in 1930s New York to the fraught situation of 2016: Bucky as a wanted fugitive, suffering from amnesia after decades of brainwashing as the Winter Soldier. This journey has inspired a stunning quantity of fanfic and art over the past few years, and the ideal aperitif for Civil War is the Steve/Bucky fanzine BROOKLYN.

BROOKLYN was the first project from Bad Influence Press, the fandom publisher that Kickstarted a massive Hannibal art book last year. The 52-page BROOKLYN zine was originally published by mail order in 2014, but you can now download a PDF version for free. (Or for a pay-what-you-want donation, if you want to support the publisher’s other projects.) 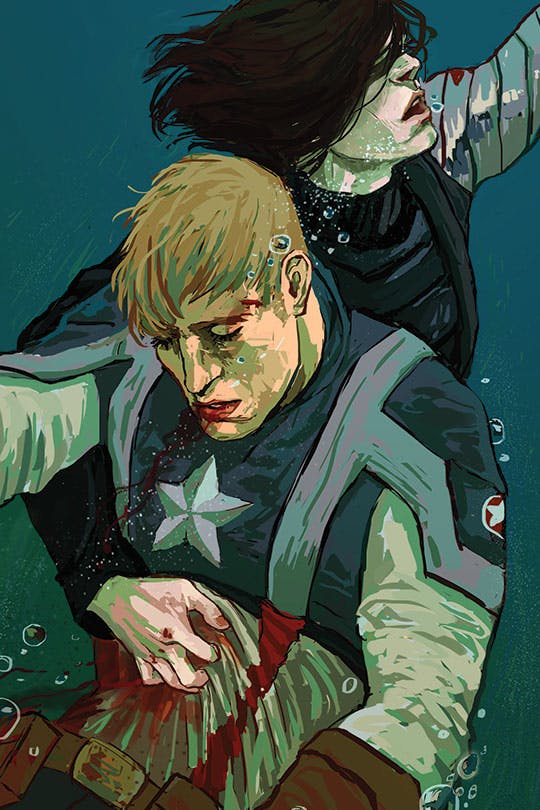 The title refers to Steve and Bucky’s upbringing in pre-war Brooklyn, a touchstone in Captain America’s origin story and many of the most popular Steve/Bucky fics. 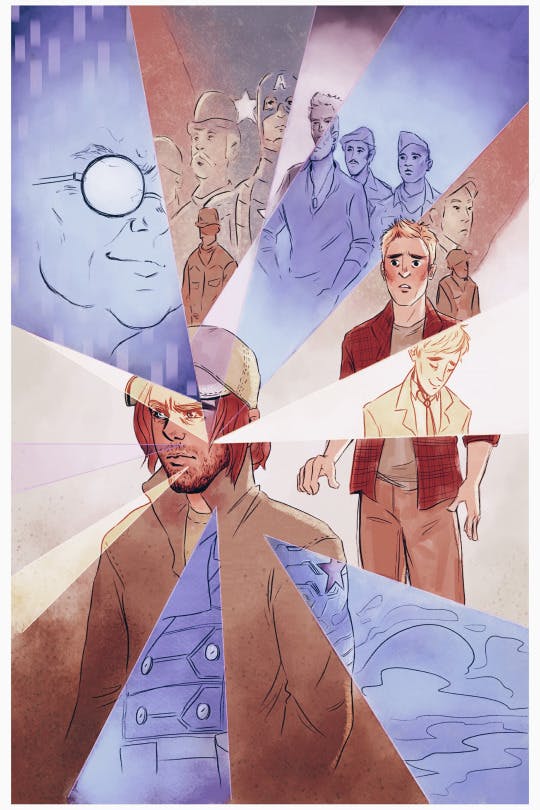 In the ultimately tragic arc of the Captain America trilogy—poverty, war, brainwashing, torture, and betrayal—Steve and Bucky’s Brooklyn upbringing is often portrayed as the happiest time of their lives. Which is pretty miserable when you consider that they grew up during the Great Depression, and Steve’s poor health meant that he was probably on track to die of pneumonia by 30. Hence why in the trailer for Civil War, Bucky refers to Steve stuffing newspapers in his shoes to stay warm. 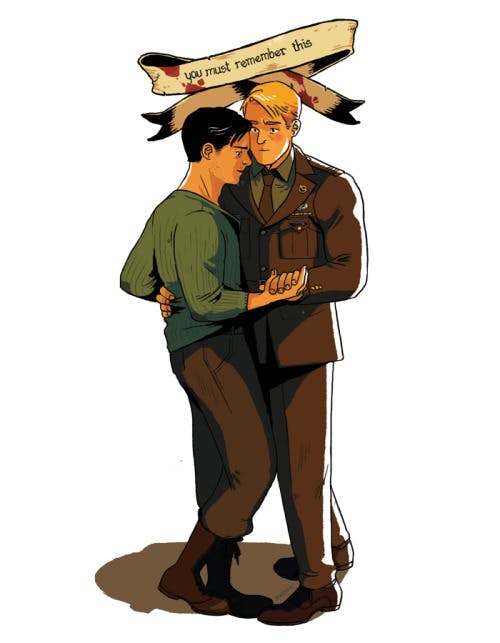 BROOKLYN includes a wide variety of art styles (some NSFW, so be warned), ranging from fan comics to cute romance to gothic misery. Plus, the list of contributing artists is a good place to start when looking for the new wave of fanart after Civil War comes out this year. 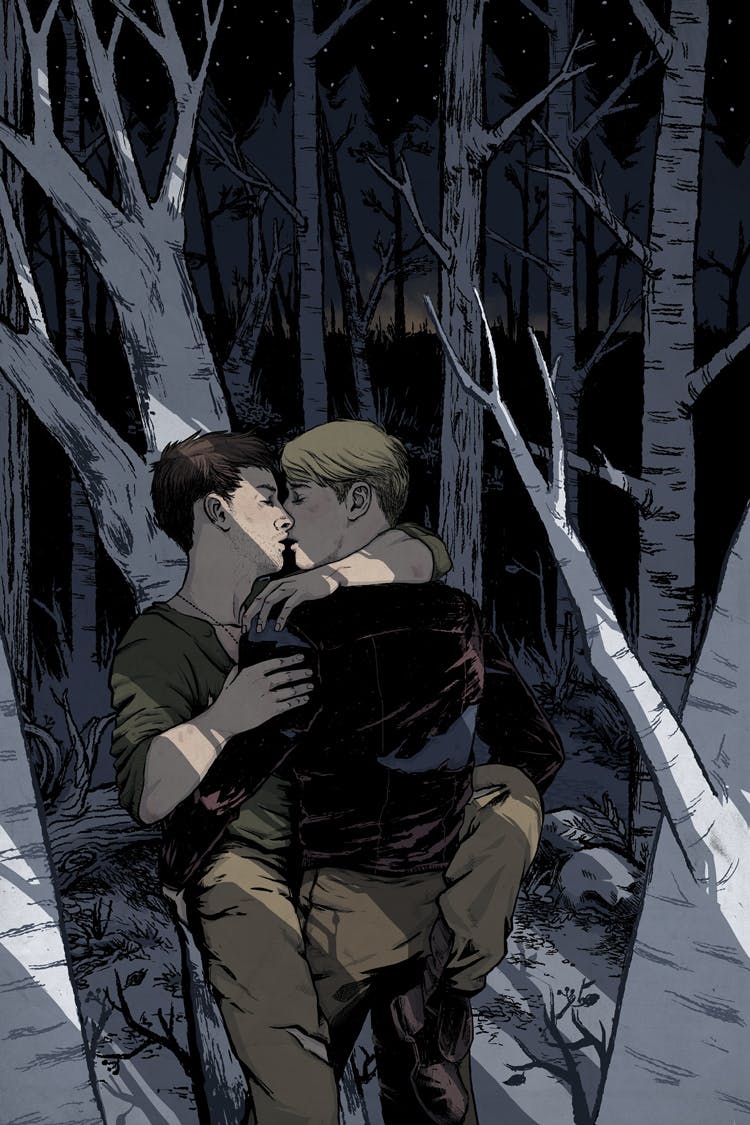