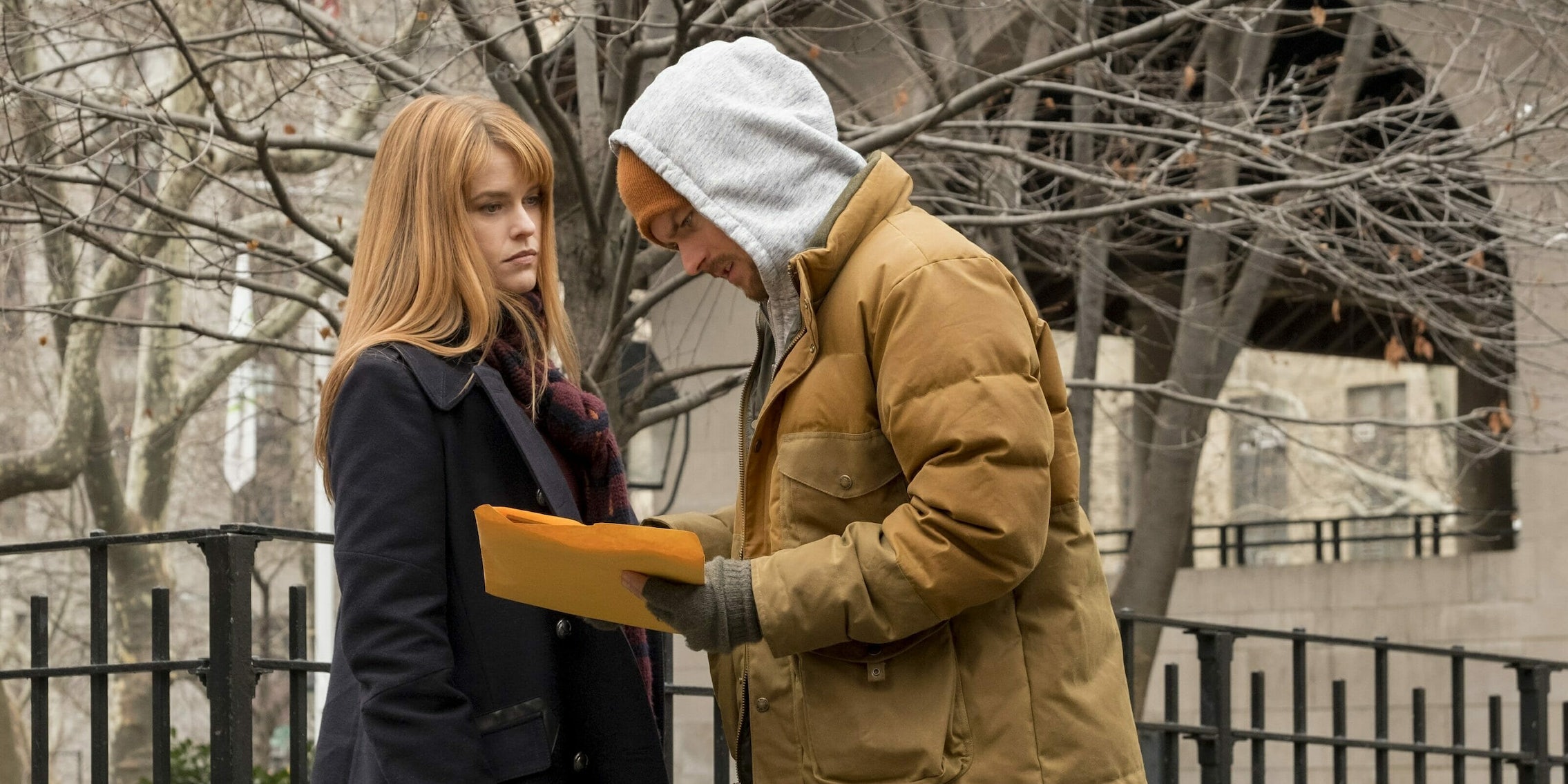 Can Netflix's 'Iron Fist' rescue this Marvel villain from her offensive origins?

“Typhoid” Mary Walker—not to be confused with the real historical figure Typhoid Mary—is a new lead character in Iron Fist season 2. Played by Alice Eve, she straddles the hero/villain divide in a more interesting way than Danny Rand’s longtime frenemies Joy and Ward Meachum. However, her comic book origins are a sexist and exploitative depiction of mental illness.

Widely accused of racial insensitivity in season 1, Iron Fist is hardly the most sophisticated Marvel show. So, did it bite off more than it could chew by trying to reboot (and rehabilitate) Typhoid Mary? We’ve taken a look at Mary’s problematic origins in the comics and how the new live-action version measures up.

Who is Marvel’s Typhoid Mary?

Introduced as a Daredevil villain in 1988, Typhoid Mary has telekinetic powers and advanced combat training, but she’s best known for having multiple personalities. Here’s her official description from the Marvel website:

“Suffering from dissociative identity disorder, Mary Walker has 3 other abnormal personalities in addition to her seemingly healthy one. Her “Mary” personality is a timid, quiet, pacifist; her “Typhoid” personality is adventurous, lustful, and violent; and her “Bloody Mary” persona is brutal, sadistic, and hates all men.”

Let’s put it this way: She’s not the most sensitive depiction of mental illness.

Colloquially known as multiple personality disorder or split personality disorder, Dissociative Identity Disorder (DID) is an old favorite among sci-fi and horror writers. It’s not uncommon to see characters with multiple personalities used as a plot device (Fight Club, Psycho), although only some movies make an explicit medical diagnosis (M. Night Shyamalan’s Split). On the whole, these portrayals don’t earn a positive reception from mental health advocates. Along with the exploitative trend for using DID as the basis for Jekyll & Hyde horror stories, these depictions are rarely sympathetic or realistic. They’re more likely to use DID as a gimmick, and the comics version of Typhoid Mary is a textbook example.

Mary’s alternate personalities are heavily reliant on sexist tropes, following a long trend for sexualizing mental illness in women. One personality is a passive victim; another is violent and hypersexual. Visually, she’s drawn like an edgy Harley Quinn variant, another character whose personal brand is all about being sexy, traumatized, and “crazy.”

Since DID is often triggered by childhood trauma, this adds another problematic layer to Typhoid Mary’s role. She’s seductive yet damaged, vulnerable yet threatening. Her origin story is a classic mix of sex and violence, with Mary saying her “transformation” occurred while she was working in a brothel (Daredevil/Deadpool Annual 1997). When Daredevil showed up to fight a violent customer, he accidentally pushed Mary out a window and, in her words, “caused the fatal schism.” So in addition to being a sexy, mentally ill supervillain, she’s another female character who exists to fuel Matt Murdock’s guilt.

With this much baggage, it’s a bold move for Iron Fist to introduce her as a central character in season 2.

Iron Fist made major changes to Typhoid Mary. No longer portrayed as a vengeful predator, she doesn’t seem to have superpowers. Instead, she’s a woman who just wants to do her job, dodging the environmental triggers that might cause her to switch personalities. Alice Eve gives one of the most interesting performances in an admittedly boring show, an awkward figure who vacillates between confidence and confusion. But like so many aspects of Iron Fist, you have to wonder why they bothered to resurrect this character in the first place.

The writers clearly did some research into DID, but the execution is clumsy, to say the least. Mary Walker tries to keep her DID secret, but the truth is revealed in an embarrassingly stupid way. While visiting Mary’s apartment, another character conveniently finds and reads a medical letter that explains Mary’s diagnosis. Then we’re treated to an awkward info-dump about Mary’s condition, including a reminder that “multiple personality disorder” is the wrong terminology. Later, she lists a bunch of her triggers out loud, in a clear Chekhov’s Gun moment so we know she’ll be triggered soon: a smooth segue from the “teachable moment” tone of an after-school special to the familiar territory of using mental illness as a plot device.

It’s a far cry from Jessica Jones, which digs deep into Jessica’s PTSD and alcoholism, along with her friend Trish’s complicated history with addiction. Iron Fist does illustrate how DID impacts Mary’s everyday life, but in the end, her role is defined by how her more “dangerous” personality poses a threat to Danny Rand. It fulfills the old stereotype of there being a “dangerous” personality in the first place.

With a few exceptions like United States of Tara, portrayals of DID skew toward the idea of a Jekyll/Hyde split. This makes for an exciting story but perpetuates damaging ideas about mental illness. Psychology Today highlighted this problem in an article about DID in pop culture, pointing out that most people with DID don’t have “maniacal alters.” Instead, an alternate personality is more likely to “hold onto the traumatic memories for the person, which then protects them from the unimaginable suffering that occurred.”

When it comes to rebooting problematic characters, opinion will always be divided. Some fans will argue that certain characters are too offensive to bother revisiting, but every so often, you’ll see a brilliant example like M’Baku in Black Panther (formerly known as Man-Ape). Mary Walker, however, is not M’Baku. While Iron Fist improved tremendously under its new showrunner Raven Metzner, it’s still not, well… good. It’s gone from being an embarrassing mess to being a competently executed crime drama with a few interesting scenes and side-characters, but the overall concept is still a dud. And it definitely isn’t psychologically complex enough to provide a sensitive reboot of Typhoid Mary.

Iron Fist‘s creators made an effort, but they would have been better off choosing a villain with a less complicated history.