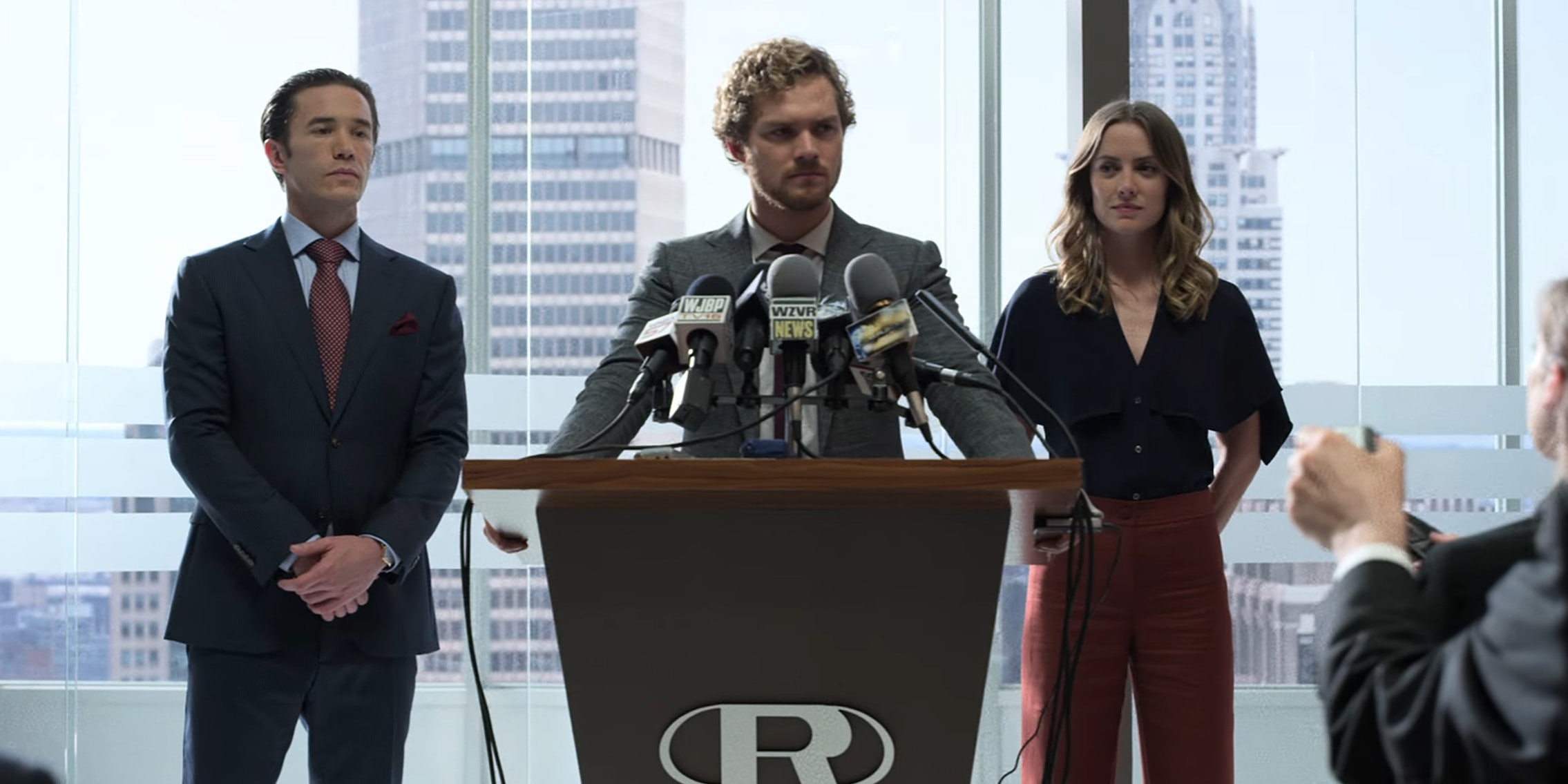 Photo via Netflix US & Canada/YouTube

It started after he shared a video on the importance of representation.

One of the stars of Netflix’s Iron Fist (briefly) left Twitter after a discussion on cultural appropriation with an Iron Fist fan.

With Iron Fist set to debut in a couple weeks, the show is in full promotion mode, which has given the cast and showrunner the opportunity to address its biggest controversy. While some of Netflix’s other Marvel shows have had problematic elements throughout their episodes, one of the issues Iron Fist fans has taken with the adaptation has been visible from the beginning. It casted Game of Thrones’ Finn Jones as Danny Rand after many fans asked Marvel to cast an Asian American actor in the role.

Some have pointed out that the casting was true to the comics, because the character of Danny Rand is white, but others saw it as a missed opportunity to bring more Asian representation into a Marvel Cinematic Universe that’s still largely led by white men. It also could have potentially subverted an outdated and offensive trope and framed the story in a different light. Jones is only part of the conversation, but he’s receiving much of the public backlash because he’s the one playing Iron Fist.

Jones—along with showrunner Scott Buck—has addressed the controversy in interviews leading up to the debut of Iron Fist. Jones has stated that “Danny Rand is not a white savior” and noted that the show will attempt to correct some of the more problematic racial aspects of the Iron Fist comics. Jones also emphasized the show’s female characters, which critics have pointed out has been a popular defense when trying to explain the erasure of Asian characters in film. (Tilda Swinton playing the role of a Tibetan monk in Doctor Strange and Scarlett Johansson in Ghost in the Shell are other recent examples specifically involving whitewashing Asian characters.)

Straight from the Marvel playbook: "why does everyone keep talking about Asian stuff when we're so feminist??" #AAIronFist pic.twitter.com/18CXmgtIoF

Jones has also called for “more diversity in television and film, especially for Asian actors.” It’s a sentiment he reiterated on Twitter Sunday after sharing Rogue One actor Riz Ahmed’s recent speech on the importance of representation.

Jones responded to Asyiqin Haron, the creative director at Geeks of Color, in a series of now-deleted tweets about how Iron Fist is trying to address some of the issues brought up from the comic head-on. It’s fairly similar to what he’s previously said on the topic, and while he’s not shying away from engaging with fans about the controversy, it came off to some as Jones whitesplaining representation to a person of color.

Haron, who called Iron Fist her “all time favourite superhero,” explained why she felt that Danny Rand should be Asian American in a post she wrote for Geeks of Color back in October. Casting an Asian American as Danny Rand would not only subvert the white savior trope, but bring a deeper meaning to Danny’s upbringing and backstory. It wouldn’t, as some critics who argue for Danny Rand staying white as in the comics claim, turn Iron Fist into a racist stereotype, because Danny as a character is much more than martial arts.

“The Asian audience is getting tired of seeing white people be the saviour. We want to be the heroes too,” Haron wrote. “We want to be the ones to save our people, protect them from harm, lead them towards victory. When Finn Jones was casted as Danny Rand, my first reaction was disappointment. Here we have another white saviour. Don’t get me wrong. I’m sure Jones will do an amazing job as Danny and I am excited to see him in action. I just think it’s about time we have more Asian superheroes in the MCU and more heroic Asian characters in film.”

Others chimed into the discussion while pointing to Jones’ whitesplaining as particularly problematic.

You are real deal sitting here whitesplaining a white man asian culture vulture to an Asian woman. Someone in your camp needs to stop you https://t.co/hFsfcKPQfu

Jones deleted his Twitter account soon after the exchange, which led some Marvel fans to say that Jones was harassed off Twitter. Others have argued that the discussion was civil, though maybe not one that Jones was prepared to have especially on a limited character platform like Twitter.

"I wonder why Finn Jones deleted his acco- oh."

Pro-tip: Explaining Asian appropriation and rep to Asians is generally not appreciated. https://t.co/joRrHZiiKm

1. The only person that ran Finn off Twitter was Finn. Any other version than that is a fanboy fantasy circle jerk fever dream.

4. The exchange between Finn and the young woman was respectful. You hear otherwise, know it's a lie. He was outta his depth. Period.

I don't care if people watch Iron Fist or not. But what you not gonna do is hush people of Asian descent voicing their critique of the show.

Update 1:32 pm CT: After a short hiatus, Jones returned to Twitter on Monday afternoon. He did not comment on the controversy or why he left the social media platform, instead sharing a tweet on the merits of a calming breathing technique.