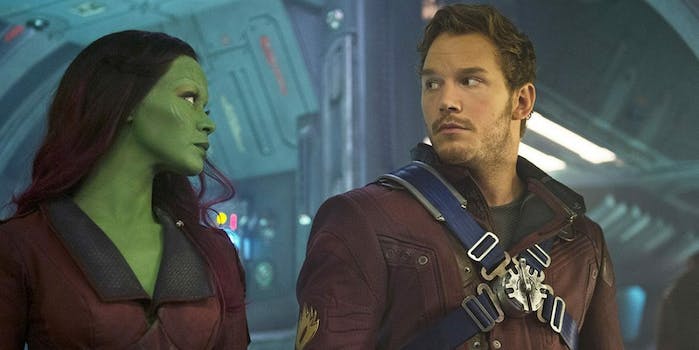 168,000-plus sign petition for Disney to re-hire James Gunn

James Gunn has stayed quiet since old tweets resurfaced last week in which the 51-year-old Guardians of the Galaxy director made jokes about rape and pedophilia. The uncovered tweets dating back to 2008 led to Disney firing Gunn from the Guardians franchise. Gunn has since apologized.

Fans and colleagues of the 51-year-old director, however, have not stayed quiet about his “unfair” dismissal. Fans of the film are attempting to have their voices heard on the matter by launching a #rehirejamesgunn hashtag on Twitter and garnering over 168,000 signatures on a Change.org petition to re-hire Gunn.

Selma Blair, Dave Bautista, and the director’s brother, Sean Gunn, have all come out in support of the embattled director, too.

What will you do when the #cybernazis attack you? Who will stand by you? Who will cowardly distance themselves from you? Who will punish you for horrible JOKES in the past instead of defending you for INSPIRING millions? MILLIONS!!! #Redemption #injustice @JamesGunn

The younger Gunn went so far as to say his brother is now “a better person” having worked on the film series inspired by the Marvel comic book.

Yet Chris Pratt and Zoe Saldana, stars of the franchise, were quiet on the matter until this weekend though neither has come out in full support of Gunn. Saldana took to Twitter to say she “loves her GOTG family” but didn’t specifically mention the embroiled Gunn.

It’s been a challenging weekend I’m not gonna lie. I’m pausing myself to take everything in before I speak out of term. I just want everyone to know I love ALL members of my GOTG family. Always will.

Pratt danced around specifics as well, opting for a cryptic bible verse.

The Hollywood Reporter noted that while no Gunn-related questions were asked of Pratt during a Comic-Con panel for his new film, The Lego Movie 2, Pratt made no mention of the controversy.

The petition, created by Chandler Edwards, is directed at Marvel Entertainment and the Disney company and argues that Gunn’s tweets were “shitty and un-funny” jokes but were made years prior to Gunn having any connection to the companies. It reads:

I’m smart enough to know this most likely won’t change anything but hopefully, this could get Disney to realize the mistake they made and not do it again in the future.

I agree on the point that if people say a bunch of stupid shit while working for a studio, the studio has full right to fire him over the possible controversy. This situation is very different though as he made these jokes years before he was working for Disney and also the fact that they were jokes. I agree with most, including Gunn himself that the jokes were shitty and un-funny but they were still jokes, it wasn’t an opinion or a statement, it was just a bad attempt at being funny.

The other thing is if you do this to Gunn you have to do it for all the other directors who have said some crappy joke sometime in their life, which is all of them, cause I doubt there’s one human on this planet who hasn’t made a shitty joke once or twice in there life.

If Marvel would come to their senses and re-hire Gunn that would be great but if all we can do is have proof by your signatures that Disney made a mistake i would still count that as a win.

For many, it’s not just the firing of Gunn but how Disney catered to fringe alt-right protests that’s the source of their frustration. By taking conservative trolls like Mike Cernovich seriously, Disney empowers this type of activism.

Guardians of the Galaxy 3 is set to begin filming in early 2019.