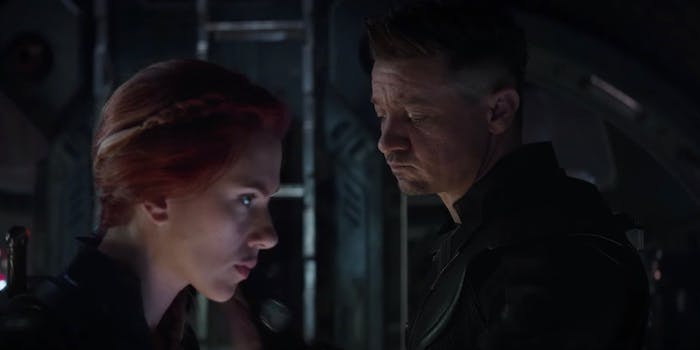 The new ‘Avengers: Endgame’ trailer is here—and we’ve got questions

After months of waiting and plenty of analysis, Marvel Studios released a brand new trailer for Avengers: Endgame Thursday morning—and it highlights just how dire things are for the surviving Avengers.

Light on actual plot, the new trailer is another character study that largely focuses on Ant-Man and the original six Avengers, what they’ve all been through over the course of nearly two dozen Marvel movies, and who they’ve lost. And although the trailer jumps all over the place, it appears to confirm a major time jump since Thanos’ snap.

We largely see that with Black Widow’s hair, which was a short, blonde bob in Avengers: Infinity War and parts of this trailer, but she also has longer, braided red hair with the last remnants of the blonde still growing out. Plus, in one of the final shots, we see one character who wasn’t on Earth at the end of Infinity War right alongside his fellow Avengers.

And as the Captain Marvel post-credits already indicated, Carol Danvers is here to even the odds. And she’s even got the approval of Thor himself.

Marvel has unveiled the film’s synopsis, which tells us basically nothing about Avengers: Endgame but highlights that the film truly is a finale for our heroes.

The grave course of events set in motion by Thanos that wiped out half the universe and fractured the Avengers ranks compels the remaining Avengers to take one final stand in Marvel Studios’ grand conclusion to twenty-two films, “Avengers: Endgame.”

The Russo Brothers also released the main poster for Avengers: Endgame, which includes nearly every surviving character in the MCU along with confirmation that Danvers will have a role to play.

Avengers: Endgame will be released April 26.