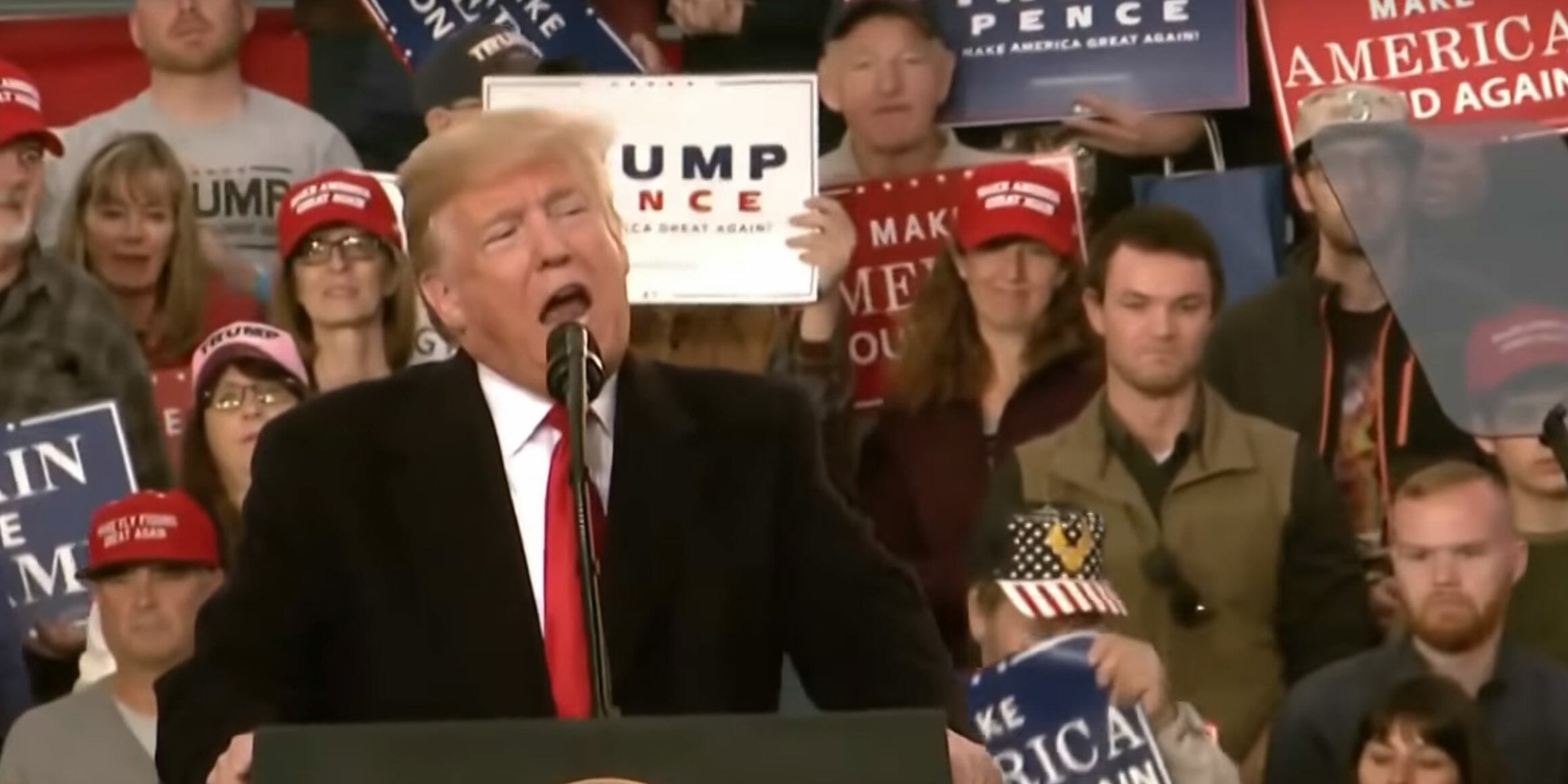 The Trump administration is working to erase trans and nonbinary identities

The potential change in law includes a stipulation that transgender people could be subject to genetic testing.

In a challenge that could impact the lives of 1.4 million transgender and nonbinary Americans, the Trump administration is exploring the possibility of defining gender as determined by genitalia at birth, according to a report by the New York Times.

According to the Times, the Department of Health and Human Services is currently floating a memo that would establish a legal definition of sex under Title IX —that’s the federal law that states no citizen can be discriminated against on the basis of gender—as whatever gender a person is assigned at birth.

The department argued in its memo that key government agencies needed to adopt an explicit and uniform definition of gender as determined “on a biological basis that is clear, grounded in science, objective and administrable.” The agency’s proposed definition would define sex as either male or female, unchangeable, and determined by the genitals that a person is born with, according to a draft reviewed by the Times. Any dispute about one’s sex would have to be clarified using genetic testing.

The new law would effectively eradicate the identities of 1.4 million Americans who identify as transgender or somewhere on the gender spectrum, regardless of what steps they had taken to affirm those identities, such as hormone therapy or affirmative surgery.

“This takes a position that what the medical community understands about their patients — what people understand about themselves — is irrelevant because the government disagrees,” said Catherine E. Lhamon, who led the Department of Education’s Office for Civil Rights during the Obama administration and helped write transgender guidance that is being undone, in an interview with the Times.

One key figure at the head of this effort is Roger Severino, the director of the Office for Civil Rights at HHS. Severino declined to answer the New York Times about the memo or his role in the effort to change the legal definition of sex. Severino previously served as the head of the DeVos Center for Religion and Civil Society at the Heritage Foundation. At the time, Severino scoffed at the Obama Administration’s efforts to expand sex to include gender identity, calling it “radical gender ideology.”

In a commentary piece for the heavily conservative site Daily Signal, Severino called the expansion the “culmination of a series of unilateral, and frequently lawless, administration attempts to impose a new definition of what it means to be a man or a woman on the entire nation.”

Notably, even some Republican lawmakers have blanched at the idea of enforcing genetic testing to determine birth gender, according to the Times, although they did not name any specific legislators. The directive to enact genetic testing would be an unprecedented move in the name of gender discrimination.

The decision could most sharply be felt in schools and locker rooms, where the subject of transgender rights ignited a national fervor last year. In states like Texas, legislation was floated that would have forced transgender Americans to use bathrooms that corresponded with the gender they were assigned at birth, potentially putting them in harm’s way. The laws were posited as a measure to protect women and children from predatory behavior, but public outcry and research disproving any link between trans identity and sex crime eventually halted such legislation.

It’s the latest (and potentially strongest) in a line of attacks on the LGBTQ community that the Trump administration has enacted. These include arguments that “out-of-work sexual conduct” is a fireable offense, support for an anti-LGBTQ baker,  pulling LGBTQ representation from the 2020 census, and attempts to ban transgender people from serving in the military.