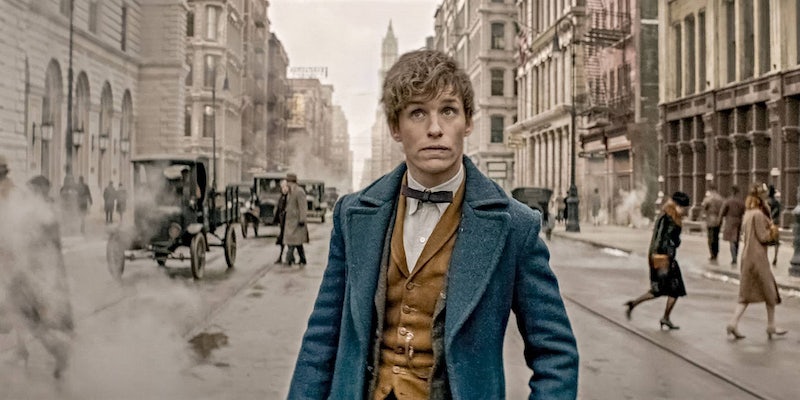 Photo via Fantastic Beasts and Where to Find Them

The ‘Fantastic Beasts’ franchise will span 19 years, leading to the rise of Voldemort

This 19-year timeline gives us a much better idea of how 'Fantastic Beasts' relates to the 'Harry Potter' books.

The five Fantastic Beasts and Where to Find Them movies will take place over a period of 19 years, according to a new interview with J.K. Rowling.

Speaking at the Fantastic Beasts premiere, Rowling said the original plan for a trilogy was just a “placeholder.” As she and her creative partners drafted the story, they realized their ideas were better suited to a five-film franchise.

To put that 19-year timeline in context, the first film takes place in 1926, with protagonist Newt Scamander (Eddie Redmayne) aged 29. Dumbledore and his nemesis/former friend Gellert Grindelwald (Johnny Depp) are both in their early 40s, and Grindelwald is halfway through his rise to power as a dark wizard.

Grindelwald was defeated in a wizard’s duel by Dumbledore in 1945, so it’s safe to assume this storyline will play a part in the final Fantastic Beasts film. It also provides a clear link back to the original Harry Potter series, because Voldemort was born on December 31, 1926, and finished his Hogwarts education in 1945.