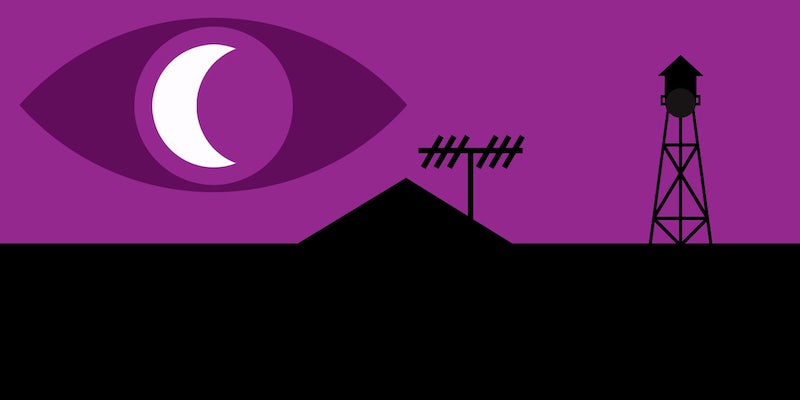 The host of the oddly compelling sci-fi podcast discusses the show's cult of personality.

Welcome to Night Vale was the only live show at the annual Los Angeles Podcast Festival where listeners were so dedicated they arrived in costume.

There were groups of girls with purple streaks in their hair. There was a mysterious figure in a dark cloak. There was the man with a tan jacket and deerskin suitcase. The costumes were so well done that fans took photos with them along with the show’s actual stars.

Welcome to Night Vale didn’t immediately fit in among the rest of this past weekend’s lineup of comedian-fronted podcasts. In fact, it doesn’t fit in anywhere. Night Vale isn’t a traditional talk-show podcast; it’s an old-fashioned radio drama spoofing the community radio announcements of a small desert town where every conspiracy theory ever thought up actually comes true.

The soothing, creepy, and somehow simultaneously sweet voice of Night Vale is Cecil Baldwin, who shares the same name with his host character. A New York actor, Baldwin was brought on to front Night Vale by the show’s creators Jeffrey Cranor and Joseph Fink after he and Cranor performed together in the famous East Village improv show “Too Much Light Makes the Baby Go Blind.”

Inspired by “Douglas Adams, Twin Peaks, David Lynch, David Cronenberg, Twilight Zone, and A Prairie Home Companion,” Fink, a self-published author, wanted to start a new project that was “literature-based but not a book,” based around a fictional town and community radio.

The town of Night Vale has since taken on a life of its own. The show’s become the most popular podcast on iTunes, thanks to celebrity endorsements by the likes of  author John Green, Wil Wheaton, and actor James Urbaniak (Adult Swim’s Venture Brothers), who landed a guest spot at Podfest—not to mention a thriving and obsessive Tumblr following. In Los Angeles for the live taping, fans drew what they believe the characters, like Cecil’s boyfriend, Carlos, look like, and they even dressed up as minor characters, such as ass-kicking Intern Dana. 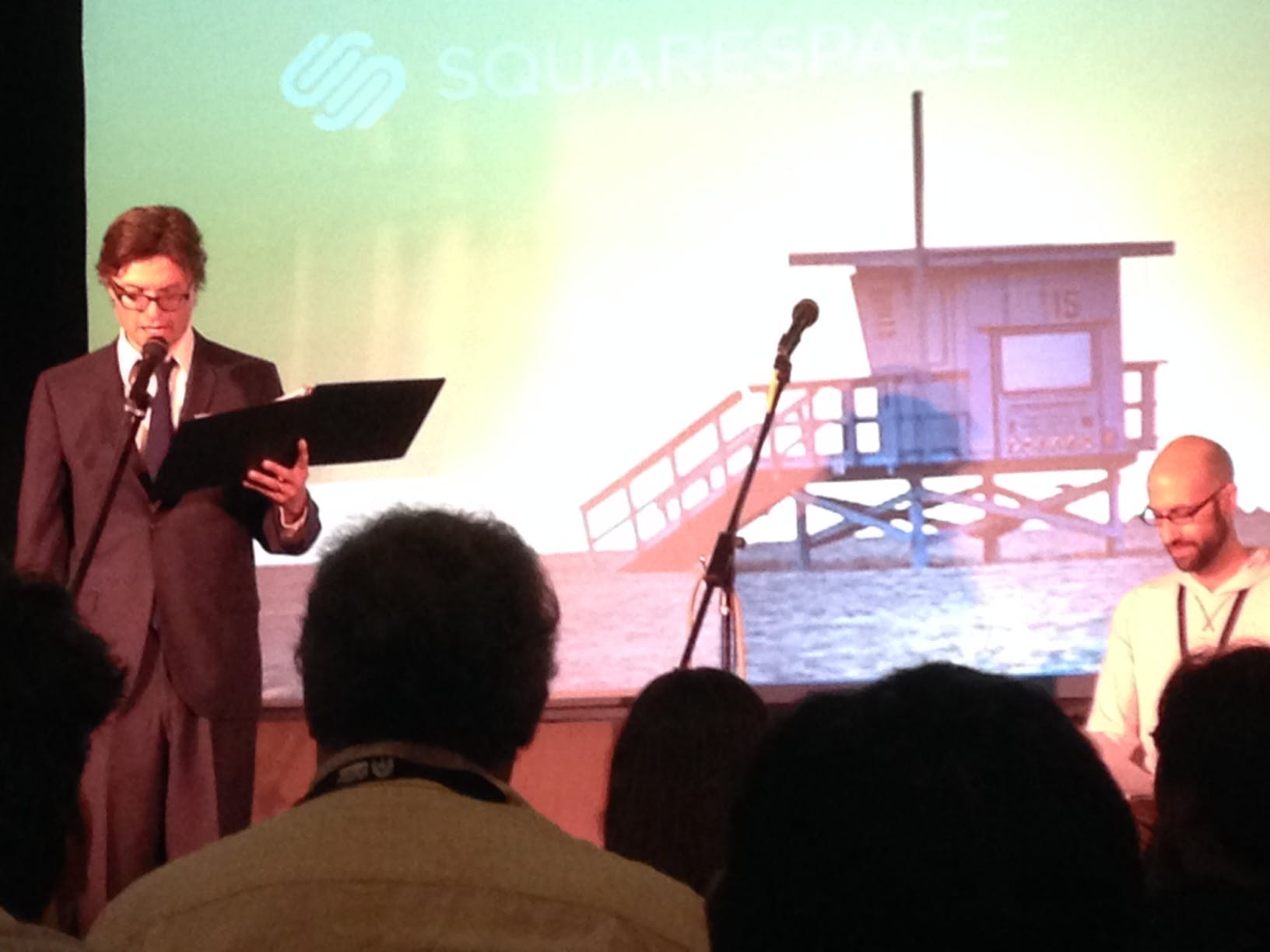 The live Night Vale shows are done in the same minimalist style as the podcast. There are no costumes or sets. Cecil reads from his script into a microphone with some musical cues. It’s incredible how he’s able to hold the room’s attention for an entire hour with just his voice.

“We want the live shows to be supplements to the podcast,” he told the Daily Dot at Podfest. “We want it so that a diehard fan can bring their best friend who hasn’t listened to it before and still enjoy their evening.” Just, you know, don’t go into the dog park.

The Daily Dot sat down with Baldwin to learn more about the fandom and whether the world of Night Vale is exactly as it seems—no matter how weird that might be. 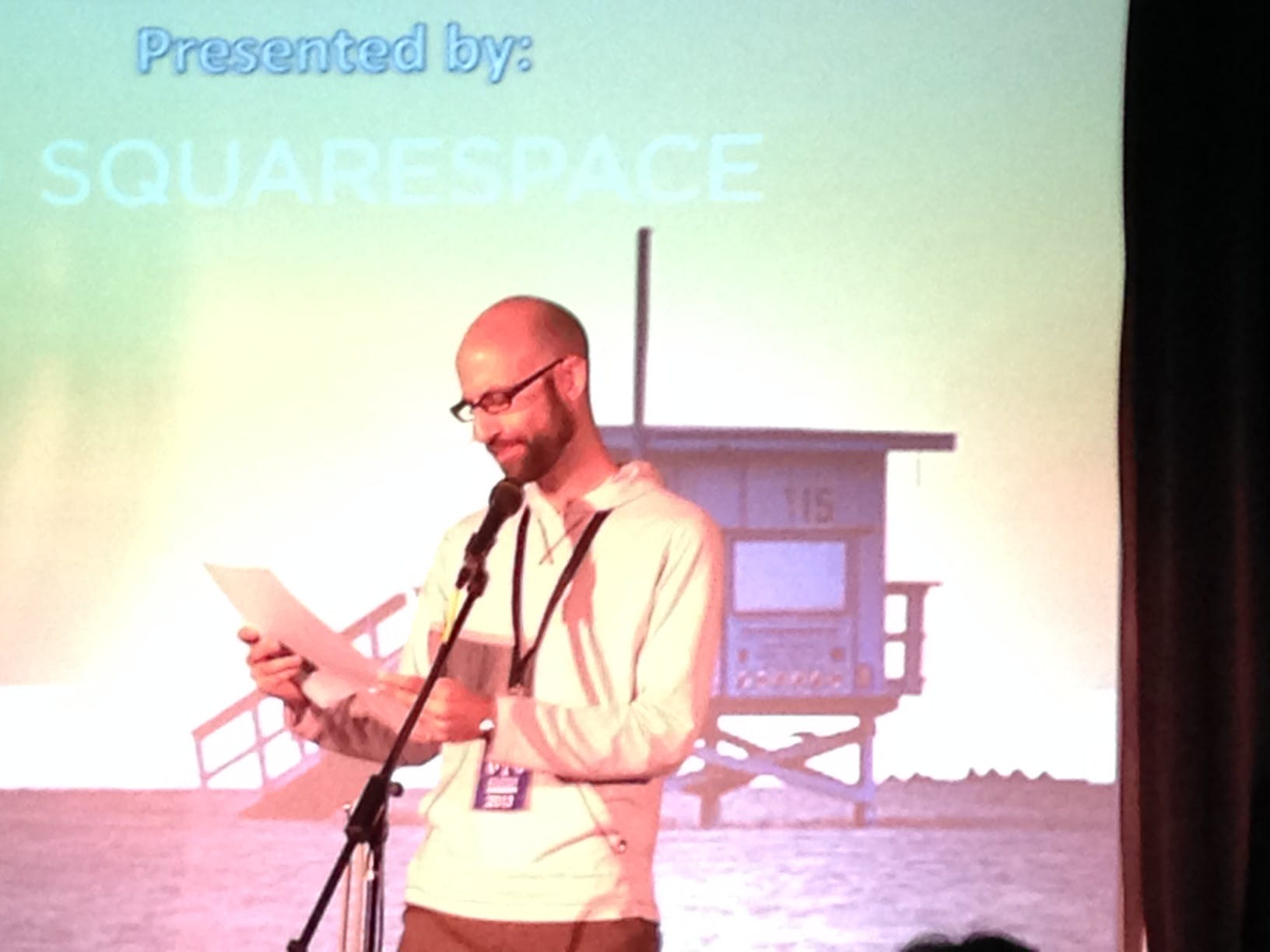 Almost nothing is explained in Night Vale, which is very different from how the entertainment industry would traditionally approach this story. It’s intentionally vague.

That’s totally on purpose. I mean on one side, things that are unknowable are scary sometimes, so not having all the explanations right flat out can add that sort of creepy, eerie element to it. But then at the same time, it’s also playing to the medium, where it’s auditory.

It’s why the first Silence of the Lambs was so terrifying. It’s because of what they don’t show you. It’s good old-fashioned suspense.

Exactly. Or like Rosemary’s Baby. It’s what they don’t show you. What your imagination fills in is so much more powerful for the listener because it makes them get involved as opposed to giving them all the details on a plate.

Because you’re on the radio, you can have characters like the five-headed dragon mayor, Hiram McDaniels.

For example, the plot line with Carlos, Cecil’s now-boyfriend.

I think that happened really organically. I think the Carlos character got introduced in the very first episode and it just sort of, as the episodes were being written, turned into something, and I think the fans really connected to that.

Well, it was handled very naturally compared to everything else going on in town. These two dudes dating is the least weird thing happening. It grounds the show with the juxtaposition of being the most normal.

That’s it. That’s exactly it. We get so many people who are like, ‘thank you, thank you, thank you.’ It’s something that because we make this ourselves and we’re not concerned about pandering to sponsors or packaged for everyone’s protection. We can make it our own, and if it goes creepy and weird then that’s cool. And if it goes gushy and lovey, that’s cool too. The fans have really locked in to the relationship between these two characters, and that’s great.

Are you in the writer’s room? Do you have any say?

Being the performer, nope. I do it on a case-by-case basis. Joseph and Jeffrey have a very vague outline of what’s going to happen over the course of a year. I think as it has become more popular, they’ll look at different aspects of the show and be like, “Oh people really respond to this. This is something that can be brought back or be fleshed out.”

I don’t know. I don’t think about that. My job is to imbibe Cecil with as much humanity and honesty as possible. Why do I have to put a face on him? Maybe my idea of Cecil [is] totally different than yours.

You want it to be accessible and also an inside joke.

Believe me there are plenty of times where I’ll get a script and be like, “What in the world?” And that’s OK. It’s all right not to know, to be a little confused and at the same time delighted.

Where do you want Cecil and Carlos to go?

Oh, man. I mean, they’re really happy right now and I think like you said, it’s about normalizing this queer relationship in this crazy, insane town where a gay relationship is the least weird part. I don’t know what the future is going to hold. I literally work from script to script. But yeah, I think it’s just about being true to the story and the characters.

I love that Cecil was just like on the radio saying, “Carlos is perfect. I love him. He will be mine.”

I know, right? He’s a very bad narrator in a lot of ways. I mean, he talks about his personal life. If he hates somebody…

What did he do?

I don’t know. It remains to be seen.

Did they break up?

That’s one theory I’ve heard. It also could be that they don’t like each other. It’s a small town. You gotta figure all these characters know each other and they’ve all grown up together.

Since you’re not acting against an actual Carlos, how do you get into a place where you understand their dynamic?

My whole thing is just to kind of take it as it comes. Go step by step, and now that they’re in a big relationship to kind of go over those little quirks you kind of discover when you’re in a relationship.