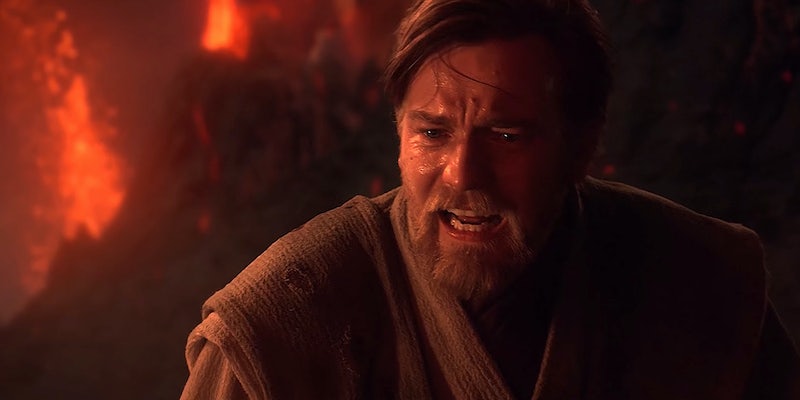 It would be the third live-action 'Star Wars' series planned for Disney+.

After years of speculation and a reported movie that never came to pass, one of the more persistent rumors in the Star Wars universe may finally come to fruition.

Deadline is reporting that Ewan McGregor, who played the iconic Obi-Wan Kenobi in the Star Wars prequel trilogy, has signed on to star in a Disney+ series starring his character, which was first reported by Cinelinx.

Little else is known about the series, including any plot details and who would write and direct it.

Reports and rumors of an Obi-Wan spinoff have been swirling for years. At one point, Lucasfilm appeared to be working on a film helmed by Stephen Daldry (one of three reported spinoffs planned alongside a Boba Fett movie), but those films were shelved in mid-2018, reportedly as a response to the less-than-stellar box office performance of Solo: A Star Wars Story.

And it’s something McGregor hasn’t been able to escape, even though he hasn’t physically appeared in a Star Wars movie since 2005’s Revenge of the Sith. (He recorded a brief audio cameo for The Force Awakens in a scene where his voice was combined with Alec Guinness, the first actor to play Obi-Wan, but wasn’t seen.) If there’s an interview with McGregor, chances are, he’s been asked about whether he’d do an Obi-Wan movie—even after winning a Golden Globe.

This is the first time that the Obi-Wan spinoff rumors have taken the form of a TV show. With The Mandalorian debuting when Disney+ launches on Nov. 12 and Diego Luna reprising his role as Cassian Andor in a Rogue One prequel series, an Obi-Wan series would be the third Star Wars live-action series set to air on the streaming service.

But in the long run, a TV show might be a better way to tell more of Obi-Wan’s story. It gives fans who want the more granular details of his character without the near-impossible box office expectations, and if the character-driven Star Wars Disney+ shows are made to be limited series like Marvel’s selection (versus The Mandalorian, which already has a second season in the works), you might have a better chance of enticing some of the more well-known cast members from the films to return for a TV show.

Disney is set to reveal more information about Disney+ at the D23 Expo, an annual showcase for Disney properties, next weekend.