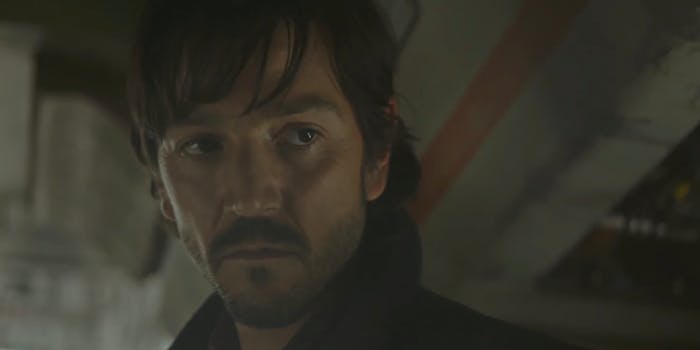 It's the Cassian Andor story.

Diego Luna is set to reprise his role as Cassian Andor for a new Disney streaming series that will be a prequel to Rogue One: A Star Wars Story, Variety reports.

“Going back to the Star Wars universe is very special for me,” Luna said in a statement. “I have so many memories of the great work we did together and the relationships I made throughout the journey. We have a fantastic adventure ahead of us, and this new exciting format will give us the chance to explore this character more deeply.”

As Variety reports, the series will take place before Rogue One and is being touted as a “rousing spy thriller.” It’s the latest series announced for Disney’s coming streaming service. Named Disney+, the platform is set to rival Netflix and Hulu and will have a number of Marvel Cinematic Universe shows and other spinoffs. Jon Favreau is set to direct another live-action Star Wars show for Disney called The Mandalorian.

There is not yet a release date for the series, but production is set to begin in 2019 after Luna wraps up shooting for the Netflix series Narcos.