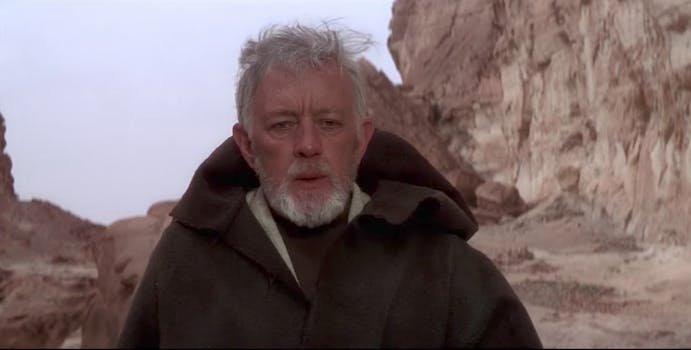 Report: Lucasfilm is working on an Obi-Wan Kenobi movie

The force is strong with this one.

If you felt a disturbance in the force this afternoon, it may be because we just got a big clue about Disney’s next standalone Star Wars film after young Han Solo.

According to the Hollywood Reporter, director Stephen Daldry (Billy Elliot, The Crown), is in talks with Lucasfilm to direct an Obi-Wan Kenobi movie. Star Wars fans have been eyeing a yet unannounced Star Wars film on Lucasfilm’s calendar for 2020, speculating that Yoda, Obi-Wan, or Boba Fett could be the focus of the movie. It’s still unconfirmed, but the Obi-Wan movie could take that spot on the calendar.

Lucasfilm President Kathleen Kennedy has previously sidestepped questions about the film, saying the Star Wars story group would dig into planning for the project in early 2017. Now, months later, it seems Lucasfilm may have settled on an Obi-Wan Kenobi story, though the Hollywood Reporter writes that the film is still in early stages and does not yet have a script.

It’s also not clear if Ewan McGregor would be asked to reprise the role he played in the Star Wars prequels. In an interview with Entertainment Weekly earlier this year, he said he’d be happy to play Obi-Wan again.

“There’s no official offer, and I haven’t met them about it or anything,” McGregor told EW. “But I’ve always said that I’d be happy to do it if they wanted to do it. It would be a good segue between the last episode of the prequels and the new episodes. I think they’ve got films to make until the 2020s, so I don’t think it’s going to happen soon if it happens at all.”

Fans should take this early news with a grain of salt. Lucasfilm previously came close to announcing a Boba Fett movie in 2015 under the direction of Josh Trank, who helmed the infamously derided Fantastic Four. Trank ended up leaving the project, and it either dissolved or moved by Lucasfilm to a back burner.