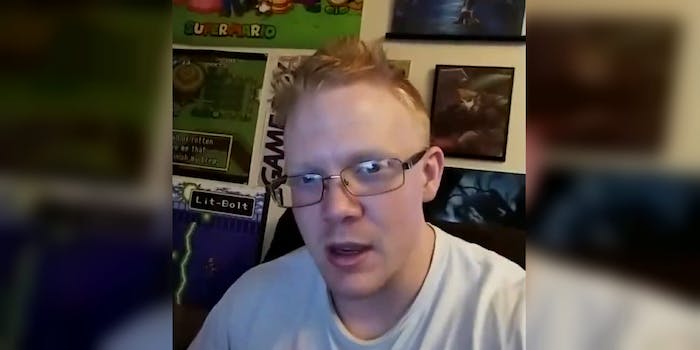 Calebhart42 didn't mean to show it.

Twitch is cracking down on hate speech.

On Thursday popular streamer Calebhart42 was banned for displaying racist language on a stream.

Calebhart42 was midway through a stream when he accidentally pulled up a Discord chat. He closed the window promptly, but not before his viewers caught a glimpse. The chat window briefly displayed Calebhart42’s use of a racial slur. The people at Twitch quickly responded, banning Calebhart42 for an unannounced period of time.

Numerous streamers have seen temporary, and in some cases, permanent bans for their behavior on Twitch. Offensive language, NSFW content, and even illegal activities have all earned streamers a ban in 2019—and there are countless examples of streamers slipping-up on Twitch. Top streamers like Alinity Divine, Pokimane, and Summit1g have all received a Twitch ban at some point in their gaming careers, too.

Considering the wide range of punishments dolled out by Twitch, however, it is hard to say how long Calebhart42 will be gone. The punishment for his racist slip-up could see him permanently banned, but it is more likely that we will see him back in action soon.