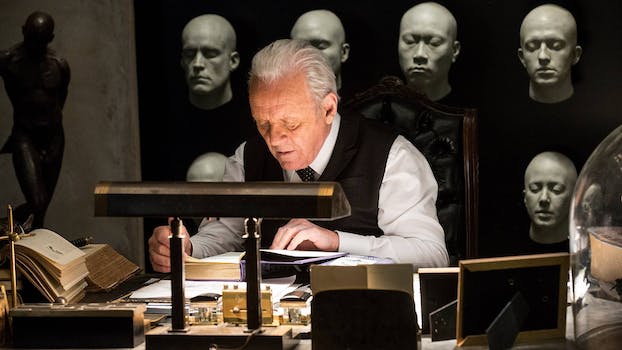 Got vaction coming? Time to catch up on the year's best sci-fi TV.

We had a great year for sci-fi TV in 2016, with a fresh crop of exciting new shows to join old favorites like Black Mirror and Person of Interest.

If you missed any of the shows on this best-of list, we strongly recommend checking them out while you wait for Star Trek: Discovery to arrive in May 2017.

HBO’s Westworld was one of the most hyped shows of 2016, and fortunately it lived up to our high expectations. Although we had mixed feelings about the first episode, Westworld quickly shed its sex-and-violence Game of Thrones formula for something a lot more cerebral (albeit with plenty of sex and violence left over to garnish the plot).

Thanks to its complex story structure and enigmatic cast of duplicitous characters, Westworld inspired a plethora of fan theories, becoming one of the few genuinely successful puzzle-box shows since Lost. However, that was just a small fraction of its appeal. Its AI worldbuilding invited intriguing questions about free will and exploitation, as the “host” characters quickly proved more sympathetic than their human controllers. With star turns from Anthony Hopkins, Evan Rachel Wood and Thandie Newton, it’s just too bad we have to wait until 2018 for season 2.

Despite the popularity of spacefaring sci-fi, it’s relatively rare to see an example where the worldbuilding, characterization, and special effects are all up to scratch. Syfy’s The Expanse is a welcome contribution to the genre, a space opera set against a backdrop of political tensions between Earth, Martian colonists, and the impoverished inhabitants of the Asteroid Belt.

Adapted from the Expanse novels by the pseudonymous partnership known as James S.A. Corey, this show is reminiscent of Babylon 5, Blade Runner and Battlestar Galactica. With a thoughtful political storyline, a talented and diverse cast, and fantastic costumes and production design, its strengths were more than enough to make up for the rather unoriginal role of Thomas Jane’s noir detective antihero, who didn’t really earn his protagonist status compared to some of the other characters.

If you’re a sci-fi fan who missed the first season in 2016, it’s time for you to catch up.

Packed with ‘80s movie references in a way that miraculously avoided being obnoxious, Stranger Things was Netflix’s surprise hit for 2016. Meshing three genre storylines in one small town—a kids’ adventure story, a teen horror movie, and a crime drama about a mother searching for missing son—it was scary, gripping, and incredibly atmospheric.

Praised for its 1980s accuracy and memorable soundtrack, Stranger Things also introduced us to a charming cast of young newcomers. But perhaps the greatest marker of its success is its longevity. While the buzz for most Netflix shows dies out after a few weeks, people are still obsessing about this show months later.

Luke Cage raised the bar for Marvel’s future TV projects, inspiring deep examinations of the show’s politics, music choices, and literary references. Loosely adapted from decades of Luke Cage comics, this series introduced the character to a wider audience, building Marvel’s Harlem into a far more believable and authentic setting than the rather implausible Hell’s Kitchen of Daredevil.

Starring an impressively high-quality cast including Alfre Woodard and Mahershala Ali, Luke Cage’s only serious flaw was introducing a two-dimensional supervillain for the latter half of the season. It’s hard to imagine Marvel’s Iron Fist measuring up to this standard when it arrives in 2017.

The return of British cult hit Black Mirror felt like both a blessing and a curse, in a year that often felt like a real-life dystopia. Netflix expanded the show’s three-episode seasons to six, spanning a range of sci-fi subgenres and storytelling styles. In an era where most sci-fi movies are either microbudget indies or massive blockbusters, it gave audiences a rare chance to see some original, experimental stories take shape in an accessible format.

After moving from CBS to the more teen-friendly CW this year, Supergirl really came into its own. While other superhero shows went the dark-and-gritty route, Supergirl remained true to its source material as an uplifting and funny show with a lovable cast of characters. The interpersonal storylines about Kara Danvers and her friends are so engaging that the show’s supervillains barely even matter, but season 2 still improved upon the more static, episodic nature of Supergirl‘s time on CBS.

If you just got into Westworld and you’ve never seen Person of Interest, it’s time to head over to Netflix and check this show out. Created by Westworld showrunner Jonathan Nolan, it’s one of the most underrated sci-fi shows of the post-9/11 era. Basically, it’s a smart and gripping thriller about government surveillance and artificial intelligence, disguised as a formulaic CBS crime drama—and its final season, which aired this year, provided a deeply satisfying conclusion.