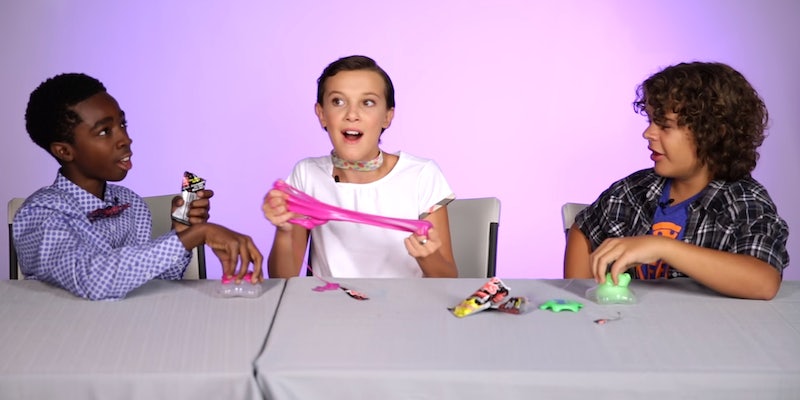 'They need to leave my mouth. Right now.'

In a video that will make you feel like your best days are behind you, BuzzFeed gave the children of Stranger Things retro toys—and let the cameras roll. Perhaps unsurprisingly, these adorable tots didn’t have any idea what to do with Gak.

If the concept of giving children nostalgic fodder from the ’90s and hanging back to see how they “react” seems awfully familiar, it’s because the idea has been popularized online via YouTube’s the Fine Bros. The original React series was even popular enough to become a TV show on Nickelodeon.

The thumbnails, color palettes, and general hook for both outlets’ short videos are similar.

BuzzFeed was first accused of borrowing liberally from the Fine Bros. in 2015. “This is going too far,” the Fine Bros. tweeted at the time to BuzzFeed.

However, the Fine Bros. cancelled their React trademarks in February. Moreover BuzzFeed has the Hollywood Rolodex needed to execute this similar concept with the Netflix-assisted star power of Stranger Things, elevating it beyond a mere copycat production.

For now, we’re left with an apparently legal and obviously adorable video.