If you love 'Game of Thrones,' this list is for you.

There may have been a time when fantasy novels were the stuff of bookworms and nerds, but in the past 20 years, tales of witches, elves, magic, and richly imagined other worlds have gone gloriously mainstream.

As a reader who wore the pages of Robin McKinley’s The Hero and the Crown thin as a preteen, I couldn’t be more delighted. Let’s face it: Sometimes reality bites. And there’s nothing that whisks you away from it all like a great story set in an entirely different universe.

When assembling this list of essential fantasy reading, I struggled with what to do with the fantasy series that loom titanic over our cultural landscape. Chances are you’re here because you read and liked at least one of these series. So let’s get them out of the way first.

Not only are these fantasy universes huge touchstones of modern culture, they’ve spawned massive fanbases that create incredible tributes to them you can’t really appreciate unless you’re familiar with the original material. If you’ve conquered the big three and are looking for some new reading recommendations, here’s a list of (still very popular) fantasy series for you to explore, listed in alphabetical order. 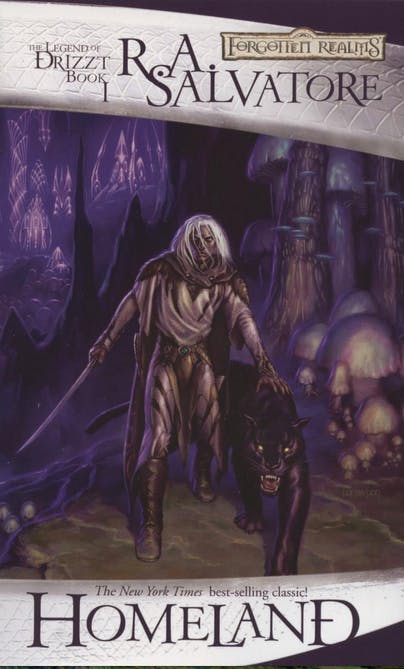 This three-book series by follows the story of Drizzt, a drow (dark elf), who rebels against the cruelty of his race and suffers greatly for it. He abandons his home and spends years wandering the Underdark wilderness with his magical pet panther, later finding his place on the surface. Sojourn, the third book in the series, debuted on the New York Times bestseller list when it arrived in 1991. If you enjoy Dungeons & Dragons and similar RPGs, this series is for you. 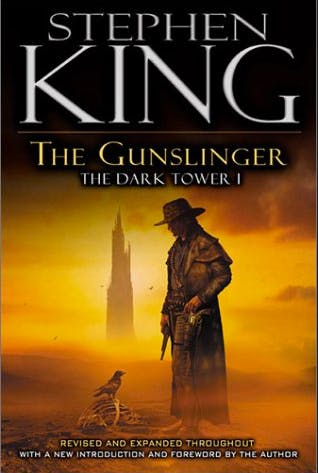 Stephen King may be a master of horror, but he considers his opus this cross-genre epic. In an eight-book series with piles of tie-in material, King weaves a story that draws from fantasy, science fiction, horror, and good old American Westerns. Protagonist Roland Deschain is the last in a long line of knights known as “gunslingers,” and he needs to find the Dark Tower before his universe collapses. Originally constructed as seven-book series that wrapped in 2004, King added an eighth volume as a supplement between books four and five—which is where you may chose to read it if you dive in. And you might as well get started, because the story will be adapted as a movie in 2017 starring Idris Elba, followed by a TV series. Fair warning: Fans are still arguing about the ending. 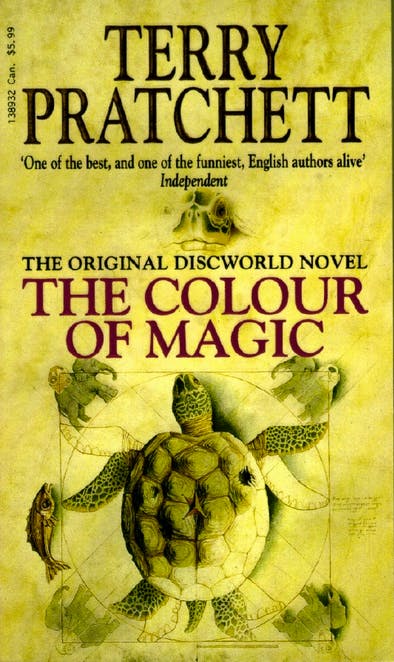 Anyone who has picked up a Discworld novel knows what a massive loss the literary world suffered when beloved author Terry Pratchett died in 2015. His charming tales are marked by a distinct writing style and sense of humor. Unlike many series on this list, the 26 Discworld novels are independent stories set in a common universe, though they can be grouped in arcs following sets of characters. There’s also plenty of tie-in material to keep you busy once you’ve completed the novels. 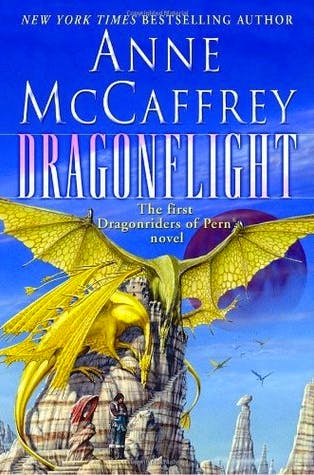 When we talk about fantasy classics, it’s impossible not to mention this series from author Anne McCaffrey. On the distant planet of Pern, colonists from Earth use dragons (to which riders are telepathically linked) to battle a life-consuming threat called the Thread. The original Dragonriders trilogy includes Dragonflight, Dragonquest, and The White Dragon, though a total of 22 novels and lots of short fiction by both McCaffrey and her son, Todd, are set in the world of Pern. McCaffrey notably became the first woman to win a Hugo Award for fiction and a Nebula Award for the novellas that became Dragonflight. 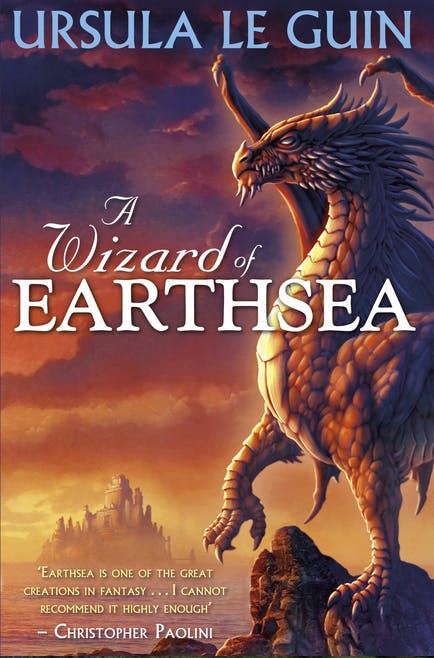 Earthsea (originally a trilogy) is explored in six books and a series of short stories by foundational fantasy author Ursula K. LeGuin. A powerful mage takes protagonist Ged under his wing as an apprentice, initiating a coming-of-age story that sees Ged learn to wield his power against dark magic that threatens his world. The series has been a wellspring of inspiration for the fantasy genre, and you can still see echoes of its influence in fantasy stories today. In 2006, Studio Ghibli released the animated Tales from Earthsea, a loose adaptation of the series. 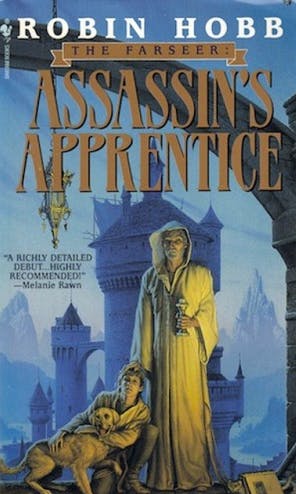 Fitz may have started life as a stableboy, but the bastard son of the noble Prince Chivalry is more valuable to some of his scheming royal family members as an assassin. While navigating difficult family relationships, Fitz learns his craft, though it’s always a struggle. Don’t expect the “bastard son makes good” plot to move in predictable ways. Author Robin Hobb defies convention with a deeply flawed—and very human—protagonist. 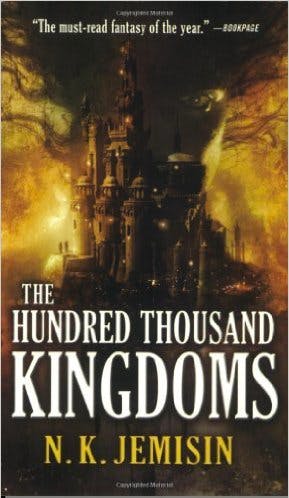 We meet fierce protagonist Yeine Darr as her life gets turned upside down. She’s the leader of the Darre, a matriarchal society of warriors, but when her mother suddenly (and mysteriously) dies, she is unexpectedly named heiress to her mother’s former empire, triggering a dangerous battle with her cousins. The first book in this remarkable trilogy (and Jemisin’s debut novel) earned a 2011 Locus Award for Best First Novel, in addition to nominations for Hugo, Nebula, and World Fantasy awards. 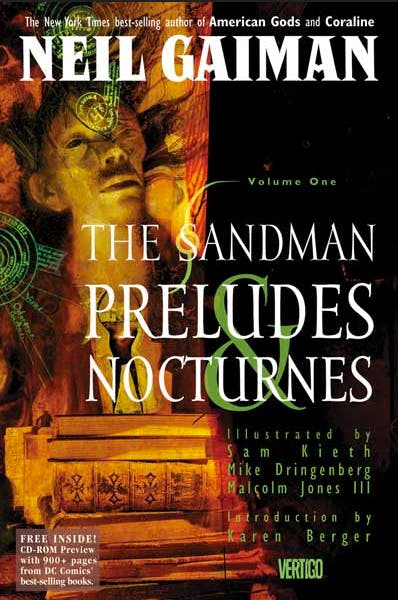 Hey, aren’t these comic books? Yes. But trust me on this one: Neil Gaiman’s Sandman series is not to be missed. Collected in 10 volumes (as well as an omnibus edition), Gaiman’s rich storytelling draws you into the sometimes dreamy, sometimes horrifying, sometimes tragic, and always captivating world of the god of dreams. With masterful pacing, Gaiman reveals the nature of our protagonist, Dream, a little at a time, and introduces us to his divine family. While Gaiman spins an interlinking web of stories, visionary work from illustrators Sam Kieth, Jill Thompson, Mike Dringenberg, Shawn McManus, Marc Hempel, and Michael Zulli brings Sandman’s universe to life. Once you finish the 10th volume of the series, be sure to pick up Overture, a six-part prequel published by Gaiman in 2013.

9) The World of Riverside series 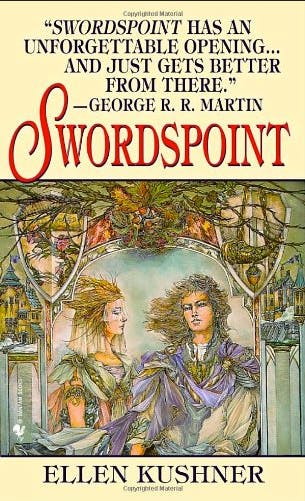 The subtitle to Swordspoint, “A melodrama of manners,” should give you a hint about what sort of tale to expect from award-winning author Ellen Kushner’s cult classic novel. If your favorite part of Game of Thrones is the political backstabbing, you’ll love the elegant and witty interplay in Kushner’s status-driven world. Don’t worry: There are still plenty of sword fights and seductive affairs (with Kushner giving some refreshing attention to queer romances). Fifteen years after Swordspoint launched the mannerpunk genre, Kushner returned to Riverside for The Fall of the Kings, co-authored by her wife, Delia Sherman, followed by The Privilege of the Sword and The Man With the Knives.