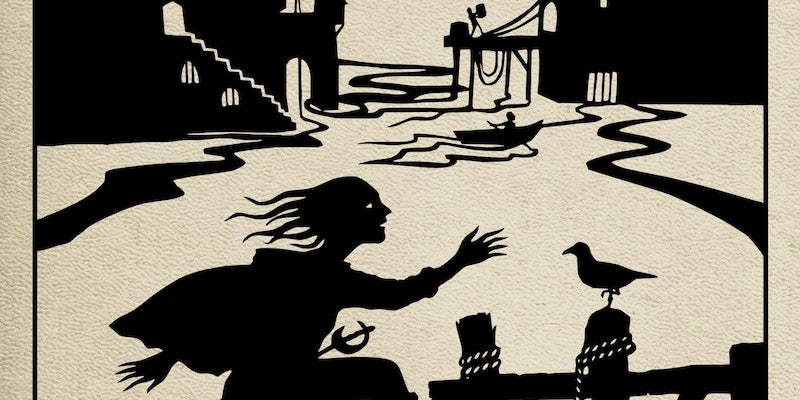 With multiple authors and TV-style episodes, 'Tremontaine' is an intriguing new type of fantasy fiction.

Ellen Kushner’s Swordspoint came out in 1987, subtitled, “A melodrama of manners.” Combining swashbuckling duels, queer romance, and political intrigue, it’s since become a cult classic, kicking off the fantasy subgenre of “mannerpunk” and spawning two other novels set in the same nameless city.

Now the series is moving in an unexpected direction: online serialization. Unfolding in weekly installments from authors including Malinda Lo and Alaya Dawn Johnson, Tremontaine is published in text and audio episodes by the subscription service Serialbox.

Kushner takes the role of showrunner, writing a couple of episodes and then collaborating to shape the rest of the series. And while much of Tremontaine‘s audience already knew Kushner’s earlier work, it’s perfectly accessible to new readers. Set 15 years before Swordspoint, we meet an intriguing new cast of characters in the pilot episode:

“A Duchess whose beauty is matched only by her cunning; her husband’s dangerous affair with a handsome scholar; a foreigner in a playground of swordplay and secrets; and a mathematical genius on the brink of revolution.”

Serialbox’s trailer sees fans breathlessly racing home from work to catch the latest episode, which isn’t far off the mark given the patience of Kushner’s fanbase.

Speaking to Ellen Kushner in a phone interview, we discussed the longevity of the Swordspoint series, and why she decided to experiment with serialized publishing.

Swordspoint came out almost 30 years ago, but it still has this following where people are willing to wait decades for another book. What makes you keep coming back to this story after so many years?

It’s funny, when I wrote the novel at first, people kept saying, “Well, where’s the sequel?” And I said, I’m not going to do a sequel, it’s just a novel. Everybody dies of typhoid the next year, go away, there’s no sequel!

But the fact is that I’d created a city, and I’d created characters whom I loved deeply, and I thought about them a lot. I wanted to see not what happened to them immediately after the novel ended, but later in life. And since [Alec and Richard from Swordspoint] are both fairly powerful people, to watch how they change the city.

So I allowed myself little treats, I would write a little short story here or there to fill in the gaps, and eventually that slid into a novel. My bargain with myself was that I would only write it if it were a new viewpoint, a new way of looking at it.

The other thing I love to do is to collaborate. One novel was written with my brand new partner at the time, and that extended my sense of the city and what it could be. Tremontaine in some ways is the logical extension of that: let’s get everybody in to play. But in terms of why [Swordspoint] is still—you know, why it hasn’t hasn’t aged out—I think it was before its time, to be honest, and people are just catching up to it.

Talking about the collaborative aspect, what led you to choose Serialbox? It’s such an unusual format, different even from doing a short story collection.

Oh, I was goaded into it. Julian Yap was inventing Serialbox, and he came to me. I’ve known him since he was in university, I can remember him handing me with a trembling hand his Montblanc pen to sign his copy of Swordspoint.

He had this idea that he wanted to do Serialbox, and would I possibly come up with something set in my world for it. The decision we made together was that it had to take place before any of the existing novels. Because now the whole series is underway, I can’t have people jumping in and changing things. And I didn’t really want people writing about the characters I’ve invested deeply in.

When Julian first proposed this to me I said, “Let’s get all fanfiction writers, because they love the world and they know it intimately.”

At first we tried to think of ways they could turn up as cameos, because they’re so popular, but in the end we decided to turn it into a sort of origin story, connected to Swordspoint because it takes place 15 years earlier. You get some of the older people in Swordspoint in their prime, and we get to see how they became what they are.

So, how does the creative process work? Serialbox describes it as similar to a TV writers’ room, but when you look at the fact that it’s online and there’s a lot of new authors, there seems to be a fanfiction aspect to it. And I think Swordspoint plays to that audience to a certain extent.

To tell you the truth, when Julian first proposed this to me I said, “Let’s get all fanfiction writers to do this, because they love the world, and they know it intimately, and some of them are very good.”

He talked me down off that ledge, he wanted people who were proven to be able to work professionally on deadlines, and also frankly who had a following of their own, because this is such a new idea. And we wanted people who would bring people to it, because while I certainly have my fans, they’re by no means infinite.

I said, “Don’t be silly, nobody who already has a flourishing career is going to want to come and play in my sandbox and take their orders from me,” and it turned out I was wrong. This is where the age of the series comes into play, there are a lot of marvelous writers now who read Swordspoint when they were young and have always loved it, and were only too delighted to get to come and play.

Each had something different and exciting to contribute to it. We sort of had the whole television writers room experience up at the front, we had this intense three-day meeting where everybody flew in and we ate vast amounts of chocolate and drank a lot of coffee and sat on my living room floor, coming up with things and scribbling and arguing and making each other laugh. We had an outline at the end of those three days, and it’ll be interesting to see how closely we adhere to it by the end.

I realize it’s early days, but do you think you’ll end up doing a second season of Tremontaine, or will you continue with print books after this?

Unless Tremontaine season 1 is a complete disaster—and I mean a disaster financially—then I’m sure that we’ll go to a 2. In fact this month I have to write the final episode, and I’m procrastinating as long as I can because I’m very curious to see the fans’ reaction to existing episodes. We’ll probably tailor what happens next season to people’s reaction this season, to some extent. And I feel pretty strongly that the final episode has to hint at what’s coming next.

Simultaneously, I am working on a novel. The one I’ve been working on for a few years now, before, during, and after Tremontaine, is a new novel taking place about 15 years after [Swordspoint sequel] The Privelege of the Sword. It’s about the angriest teenager in the world, who is a descendent of a character, but I won’t say who because it’s a spoiler.

So, what kind of reactions have you seen so far? What kind of audience is finding Tremontaine?

What I really, really enjoy is the people who havent heard of Swordspoint, or have heard about it and haven’t read it, encountering it for the first time. And not only liking it, but liking it for the reasons I hoped they’d like it. That’s almost beyond what I had hoped from one single story.

And I’m looking forward to, as the other writers’ visions come up week after week, what kind of beast is going to be born in the minds of the readers, both what I call the Riverside virgins and the old guard.

I’m just gonna be very interested because I live in a world now where I can get instant reactions from, you know, 15-year-old girls in Edinburgh. It’s amazing!