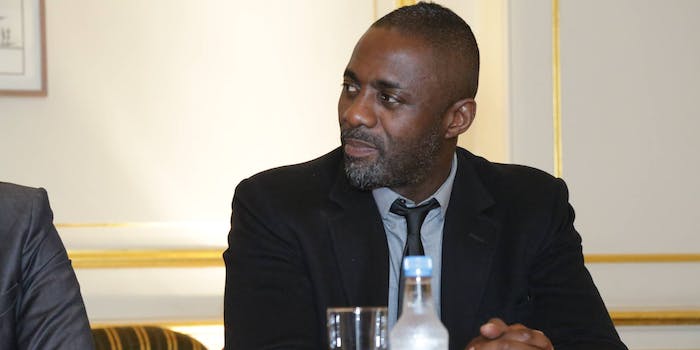 The TV series will flesh out the backstory of Idris Elba's character, the gunslinger Roland Deschain.

Stephen King‘s cult fantasy series The Dark Tower is getting a Hollywood adaptation next year, but instead of a sequel, it looks like it will be followed by a TV spinoff.

A move to TV would usually be a bad sign, like the Divergent series being relegated to the small screen for its final installment. However, the Dark Tower spinoff sounds like a different situation—and surprisingly promising news for fans of the books.

Entertainment Weekly reports that Idris Elba will star in the TV series, following his starring role in the 2017 movie alongside Matthew McConaughey. Elba plays the gunslinger Roland Deschain, and the TV series will flesh out his backstory, with a different actor playing the gunslinger during his younger years.

The series is based on the fourth book in Stephen King’s series, Wizard and Glass, with Deschain and a teenage boy named Jake as the lead characters. It’s expected to have an adult-rated, Game of Thrones kind of tone, in keeping with the content of the novels.

The film’s director, Nikolaj Arcel, and cowriter Anders Thomas Jensen are developing the series, which is aiming to air in 2018 with a 10 to 13 episode season.