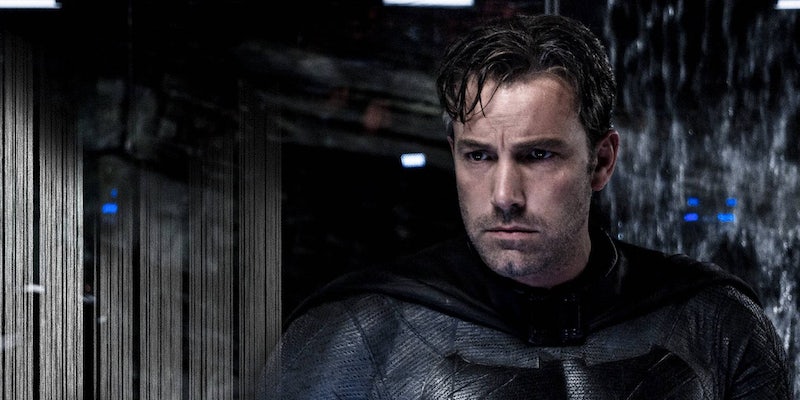 Warner Bros. is starting again from page one.

This time last year, Ben Affleck was set to write, direct, and star in a solo Batman movie. Now, he’s only involved as an actor. After stepping down as director in January, his screenplay has been mothballed as well.

Matt Reeves (War for the Planet of the Apes) replaced him as director in February. Screenwriter Chris Terrio (who worked with Affleck on Argo) had already been hired to work on Affleck’s script, but it sounds like Reeves wasn’t happy with the results. In an interview with MTV’s Happy Sad Confused, Reeves revealed they’re “starting again” with an entirely new script.

MTV asked Reeves if he was still using Affleck’s script, and Reeves replied,  “No, it’s a new story. It’s just starting again. I’m excited about it.”

Affleck is expected to appear at San Diego Comic-Con next week, where Warner Bros. will host a panel with the Justice League cast. This could be a slightly awkward scene for Affleck, who reputedly signed on to play Batman expecting more creative control over later films. Now, he’s at the mercy of Matt Reeves and whichever screenwriter is currently working on the new story.

Unlike other Warner Brothers DC Comics movies like Aquaman, Cyborg, Shazam, and Green Lantern Corps, the new Batman doesn’t have an official release date. It doesn’t even have an estimated release date. At this point, it’s still possible this film will never happen.