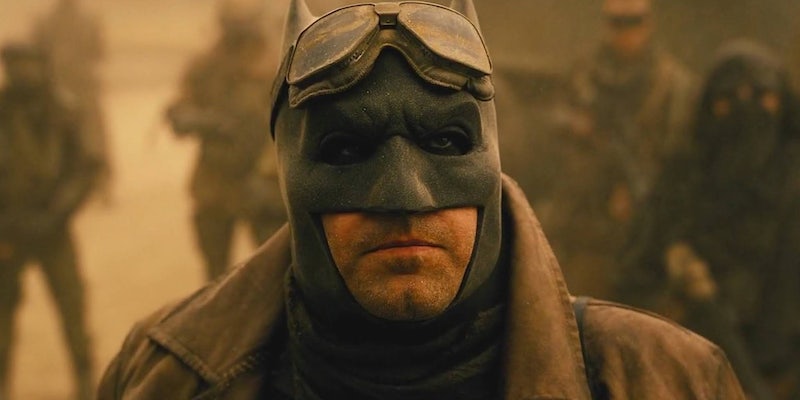 Ben Affleck will no longer direct ‘The Batman’

Warner Bros. has reportedly drawn up a shortlist of potential replacements already.

Ben Affleck has stepped down from his role as Batman director, leaving the door open for the dwindling list of Hollywood directors who aren’t already making a superhero movie.

Affleck was originally slated to direct, produce, and co-write the film, along with starring in the lead role. In a statement published in Variety, Affleck wrote, “Performing this role demands focus, passion and the very best performance I can give. It has become clear that I cannot do both jobs to the level they require.”

The decision was described as a mutual agreement between Affleck and the studio, with Affleck helping to recruit the new director. According to Deadline, the shortlist already includes indie filmmaker Matt Ross (Captain Fantastic) and Dawn of the Planet of the Apes director Matt Reeves.

It’s hard to imagine Warner Bros. finding someone with a résumé to match Affleck, a two-time Oscar winner. However, it’s not entirely surprising to see him pass on the job. A film like The Batman is a massive undertaking and probably requires a director who isn’t trying to do three jobs at once.