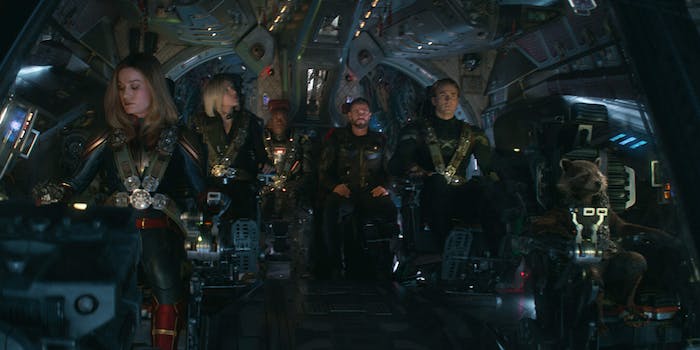 Marvel’s spoiler-phobia had a negative impact on ‘Avengers: Endgame’

Spoiler-phobia is a big part of the conversation around Avengers: Endgame. How do you avoid spoilers online? What constitutes an overreaction to getting spoiled? (Short answer: Beating someone up outside a movie theater.) Did Marvel’s own spoiler-avoidance strategies go too far?

Marvel actors have long joked about the extreme rules governing what they can and can’t say about their jobs, but this reached a ridiculous level with Endgame. The lead actors weren’t allowed to discuss their roles during the film’s own press tour, and in some cases, they literally didn’t know what they were filming. Once you’re aware of this, you begin to see how Marvel’s spoiler-phobia had a detrimental impact on the final product.

Captain Marvel is the most obvious victim, partly because she looks so different between Endgame and her solo movie. Fans remarked on this detail in Endgame’s trailer, and the Russo brothers offered an eye-opening explanation: Endgame was filmed before Captain Marvel, so Brie Larson and her makeup artist didn’t have a solid idea of the character yet. They hadn’t settled on the makeup-free look we see in her solo film, so Endgame’s Carol Danvers wears dark lipstick and a smokey eye. If they’d had more information about the character, they probably wouldn’t have chosen this look.

It sounds like Larson knew surprisingly little about her own character’s role and personality. Speaking to the Inquirer, she said, “I had no idea what I was shooting,” on her first day on set. “I didn’t know if anybody else was in a scene with me. I didn’t know anything.” To avoid spoiler leaks, her scripts were “completely black redacted” apart from her own lines. The same will surely be true for other actors who only appear in a handful of scenes. Tom Holland filmed a whole action scene for Infinity War without being told who he was fighting.

Thanks to advances in CGI filmmaking, it’s possible to insert actors into scenes they didn’t actually film together. That’s easier to do with big set pieces like Endgame’s final battle, where much of the background is computer generated anyway. One scene that stuck out for me was Tony Stark’s funeral. It featured an ensemble cast of mourners, but as the camera panned over the crowd—conveniently posed in small, separate groups—I couldn’t help but wonder how many of them were actually “there.” It felt all too plausible that they’d each filmed the scene separately, perhaps not even knowing whose funeral it was, and were essentially photoshopped into the same location.

When filmmakers prioritize spoiler security over storytelling, audiences pay the price. Actors just can’t do their best work when they don’t know their character’s motivations or (ludicrously) who they’re speaking to in any given scene. In Captain Marvel’s case, her role is so minimal that it relies on viewers being invested in the character already. If you didn’t watch Captain Marvel beforehand, you’d have a hard time describing her personality. We can only speculate what this means for Spider-Man: Far From Home, which takes place after Endgame’s world-changing finale. Did its cast know what happens in Endgame when they filmed that movie or was it written to avoid sharing too many spoilers?

It’s hard to see how this extreme spoiler-phobia can possibly be worth it. Studios want to protect their intellectual property, but by redacting scripts and making actors film scenes in isolation, they’re inviting weird, unnatural performances and character arcs. Given that fans are more likely to hear spoilers from test screenings or actual leaks of the finished film, this kind of strategy feels like overkill.