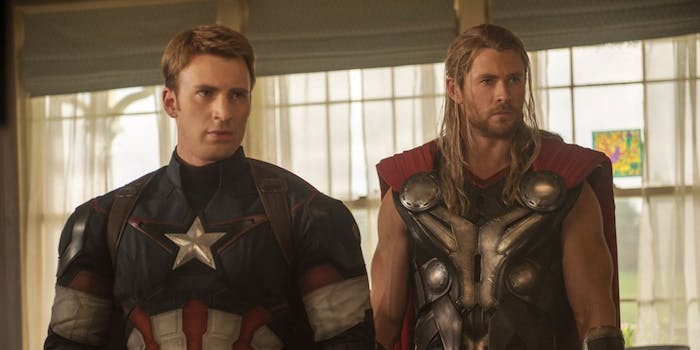 Maybe those jokes about Marvel snipers are kind of true.

Marvel Studios may have cute jokes about the trailer being leaked by Hydra, but the company is still deadly serious about hunting down the real leaker.

According to The Hollywood Reporter, Marvel’s parent company Disney has asked a California federal court to subpoena Google in the hopes of tracking down whoever shared the trailer online.

Marvel intended to premiere the trailer on ABC during an episode of Agents of S.H.I.E.L.D., giving the show a ratings boost. Instead, it was leaked online a week early. Marvel tried to get the trailer taken down, but quickly realized that it had already spread too far, so they just tweeted “Dammit, Hydra,” and posted an official version on YouTube. If you’ve been following Marvel’s Captain America movies, you’ll know that Hydra is a villainous sleeper cell within S.H.I.E.L.D.—the CIA-type agency charged with protecting the world.

Marvel’s subpoena request is targeted at trying to locate someone who used name “John Gazelle” to upload what appeared to be an early version of the trailer, plus an Age of Ultron clip of Steve Rogers and Tony Stark chopping wood at Hawkeye’s farm. Marvel intends to locate the leaker using his or her IP address, if the company can get Google to hand it over.

This subpoena may sound like overkill, but Marvel is notoriously paranoid about spoiler leaks. Several Marvel actors have expressed frustration with how little they’re allowed to say about their movies before they come out. There’s even a running joke about the “Marvel snipers” who will shoot them if they share too much information in interviews. In many cases, actors aren’t even shown a script until filming begins, to avoid any possibility of a leak. This kind of legal action isn’t just about protecting copyright, it’s about protecting Marvel’s well-controlled PR machine.