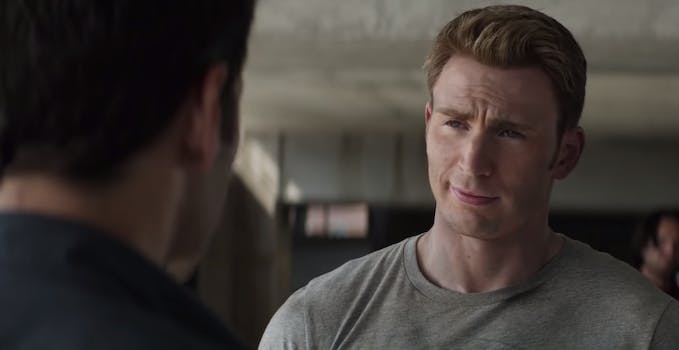 Captain America’s butt gets the attention it deserves in ‘Endgame’

Thank you for your service, Steve.

For the last year, a theory circulating around the internet claimed that Ant-Man (aka Scott Lang) could destroy Thanos by crawling up his butt and expanding. Now that Avengers: Endgame is out, we know that Ant-Man does not crawl up Thanos’ butt (sorry). But the Russo Brothers, who directed the last chapter in the Avengers saga (well, until Disney makes more Marvel films), still managed to include some butt-related content involving Ant-Man in the film.

In Endgame, Ant-Man claims that Steve Rogers/Captain America has a great ass. More specifically, it’s “America’s ass.” And who can argue with that assessment? Even Steve agrees with him. Tony Stark also comments on Rogers’ backside, telling him in the same scene that “that suit did nothing for your ass.”

Fans clearly loved all this butt talk between three men.

"As far as I'm concerned that is America's ass". – Scott Lang an intellectual pic.twitter.com/XmOuvrKvZd

Very happy the writers of ENDGAME acknowledged the collective thirst of Twitter and gave us America's Ass.

What about the other asses of the Marvel Cinematic Universe? You can check them all out in this great thread from last year.