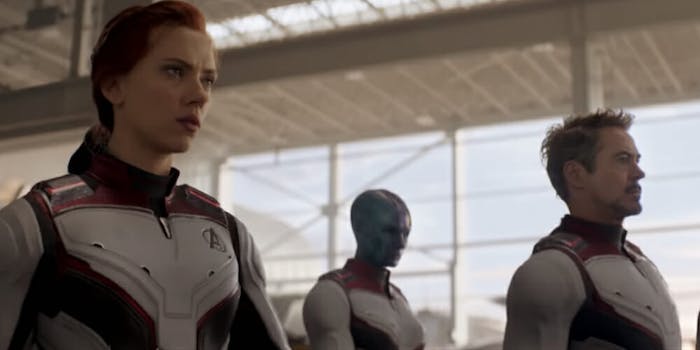 The Marvel movies you actually need to see before ‘Avengers: Endgame’

These will help jog your MCU memory.

There’s no need to try to cram in a 22-movie marathon before you see Avengers: Endgame. But if you haven’t committed the Marvel Cinematic Universe to memory, there are some movies you should probably rewatch. According to the Daily Dot’s Michelle Jaworksi, who gave the film a 3.5-star review on Tuesday, here are all of the Marvel movies that are essential for Avengers: Engame.

The Marvel movies to watch before Avengers: Endgame

By now we all know that in Endgame’s predecessor, Avengers: Infinity War, Thanos’ snap wiped out half of the universe–including half of all the superheroes we have come to know and love. The Infinity Stones are the ultimate weapons in the MCU. And Thanos only held the power to do this because he was in possession of all six of the gems: Reality, Soul, Mind, Space, Time, and Power Gems. It’s in Endgame that the still-active heroes will try to resurrect their fallen brethren—but there’s plenty to remember before then. 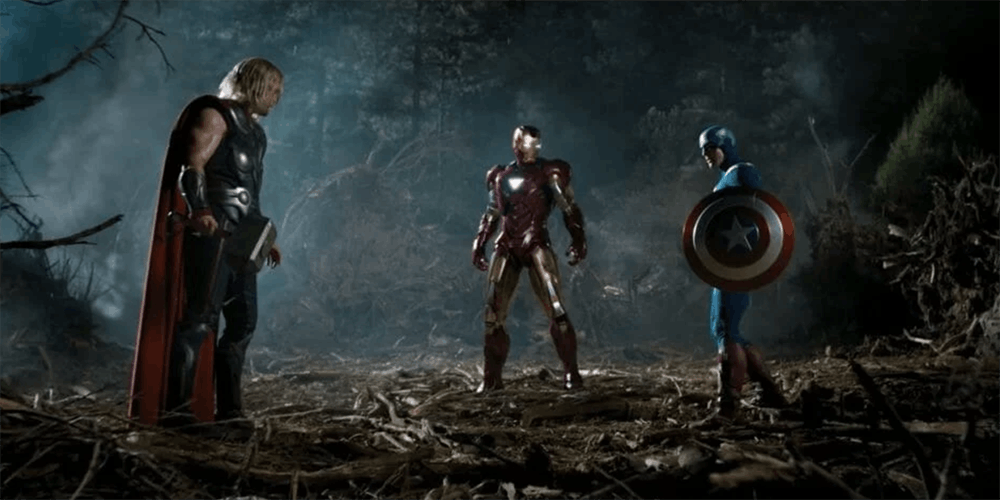 This is the first time we see a Marvel team-up movie and are introduced to the O.G. Avenger squad. The film also introduces us to Thanos and the Mind Stone, except no one knew the stone was actually an Infinity Stone at the time. The yellow gem eventually comes full circle because it’s also the last Infinity Stone that Thanos collects. He plucks it out of Vision’s forehead later in Infinity War, killing him in the process. —Eilish O’Sullivan 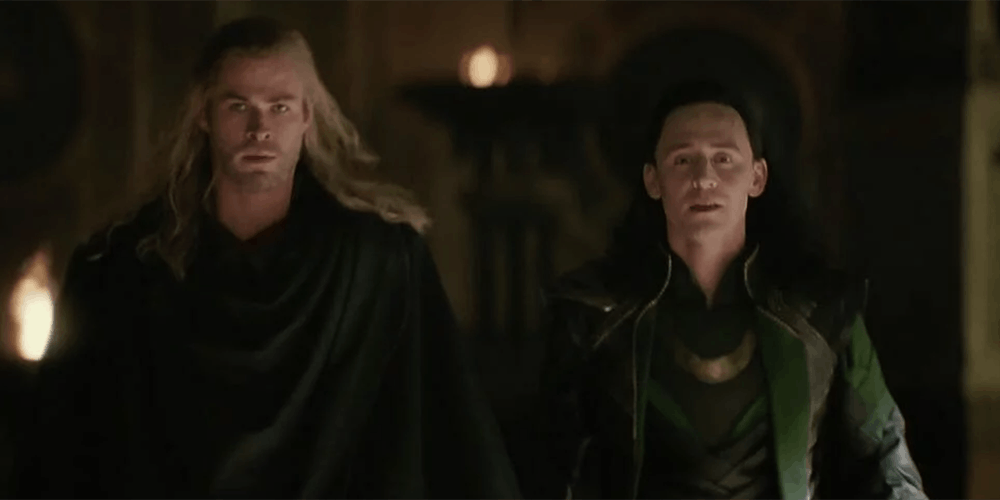 With Loki locked away on Asgard—for part of the movie, anyway—Thor has an even bigger (albeit not as interesting) threat on his hands with the dark elf Malekith, made much more pressing after Thor’s girlfriend Jane Foster accidentally gets hold of the Aether (aka the Reality Stone). Malekith is stopped, but not before Thor is led to believe that Loki died in the effort. Meanwhile, Loki, while impersonating Odin, takes control of Asgard. Now removed from Jane, the Reality Stone is handed over to the Collector for safekeeping. —Michelle Jaworski 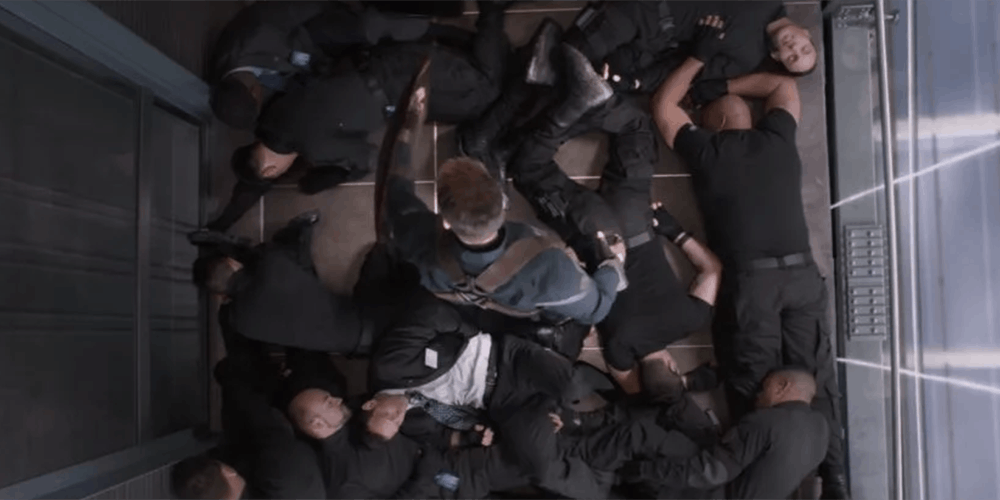 This film is an important watch before Endgame for all of its HYDRA references.

There’s so much going on in The Winter Soldier that fans are still analyzing it years later, from the many visual callbacks to the first film, to the themes of memory loss and identity, to the political subtext of HYDRA and S.H.I.E.L.D. The only real downside is that it set the bar too high for Captain America: Civil War, which was entertaining but disappointingly incoherent and didn’t deliver the emotional payoff fans expected for the Winter Soldier’s redemption arc. —Gavia Baker-Whitelaw

Thanos and the Infinity Stones come into the limelight for the first time after Peter Quill (aka Star-Lord) unknowingly gets his hands on the Power Stone. The ensuing chase, attempt to sell the stone to the highest bidder, and the battle once Ronan gets his hands on it transforms five strangers—Star-Lord, Gamora, Drax the Destroyer, Rocket Racoon, and Groot—into a dysfunctional family. It also opens the MCU up even further as it showcases the infinite possibilities by featuring a film set almost entirely in space. —Michelle Jaworski

After his hands are damaged in a car accident and medicine and therapy fail him, Dr. Stephen Strange discovers Kamar-Taj and starts to learn sorcery under the tutelage of the Ancient One. With the use of the Time Stone, Dr. Strange is able to stop the efforts of Kaecilius and Dormammu in the dark dimension while breaking the laws of time and space in his efforts. —Michelle Jaworski Thor: Ragnarok sets up the beginning of Avengers: Infinity War, and you can expect Thor to play a large role in Endgame.

Thanos’ plan to obtain the Infinity Stones and wipe out half the universe goes into overdrive as he travels from planet to planet and overwhelms the Avengers and the Guardians of the Galaxy. A final standoff in Wakanda ends in disaster after Thor’s new ax injures Thanos but doesn’t kill him, allowing the Mad Titan to set his plan into action and turn many of Marvel’s heroes into dust. With his final act before succumbing to his fate, Nick Fury sends out a distress call to Captain Marvel. —Michelle Jaworski Ant-Man and the Wasp has two post-credit scenes. It’s perhaps the first one that’s most important and also puts a damper on an otherwise fun and humorous film. In the scene, Scott goes into the Quantum Realm to collect particles that can heal Ghost. It’s Hope, Janet, and Hank’s duty to bring him back out of the Quantum Realm. Just when he needs to be pulled out, the group is wiped out with Thanos’ snap, leaving a panicked Ant-Man stuck in the realm. —Eilish O’Sullivan Captain Marvel is the last Marvel movie to be released before Endgame, and you can expect to see a lot of Carol Danvers in the first few minutes of the new film.

Largely taking place in 1995, Captain Marvel is an origin story for Air Force pilot Carol Danvers, who is caught in the middle of a war between the Kree and the Skrulls. When she crash-lands on Earth, she meets S.H.I.E.L.D. agent Nick Fury, discovers the life she once had on Earth, how she came into her powers, and learns that there is much more to the war than meets the eye. —Michelle Jaworski