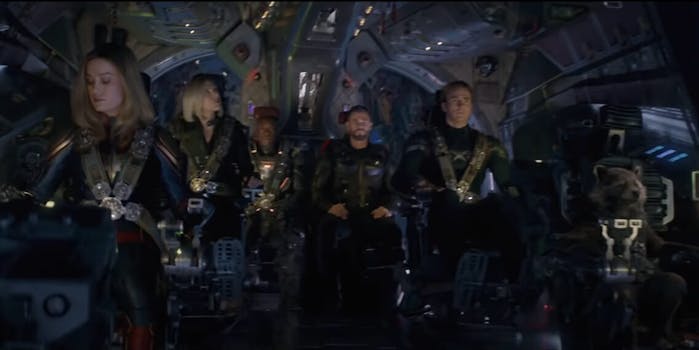 ‘Avengers: Endgame’ writers reveal the decision behind the film’s most controversial death

'Again, the goal with all these things is just to put these people on a journey or continue or end their journeys.'

After Avengers: Infinity War tore our hearts out, Marvel fans were anxious to see how Avengers: Endgame would fill the gaping hole left by Thanos.

We weren’t disappointed. Endgame delivered action, laughs, and no small number of character resurrections. A few beloved characters lost their lives, but in so doing paid for the futures of literally billions. It’s hard to feel cheated when a character’s end has such impacting effects. Still, when Natasha Romanoff—our favorite black-clad assassin—lost her life to gain the Soul stone, many fans were left disappointed. They wondered why the writers built up such a capable and intriguing female character, only to scatter the ashes of her character development at the base of a mountain on Vormir.

Thankfully, the writers have an answer.

Who is Natasha Romanoff?

First, let’s knock out some background. Natasha Romanoff—or the Black Widow, as most know her—was first introduced back in 2010 with Iron Man 2. Since then, the character, played by Scarlett Johansson, has been prominently featured in a handful of Marvel favorites. She was one of the MCU’s original Avengers, which lends her an immortality of sorts. Her sacrifice not only earned the remaining Avengers the Soul stone but also gave a tormented Hawkeye the chance to return to his family.

Unfortunately, due to the nature of her death, Romanoff never had a chance of returning with the characters lost in the snap. That means fans had to say goodbye forever to the MCU’s first female superhero. One of Endgame and Infinity War’s writers, Christopher Markus, spoke with the Los Angeles Times recently about the decision.

Why did she die?

“I understand she was a beloved character and none of us want our heroes to die. But that is the natural end of her journey and it is the sort of apotheosis of who she is becoming,” he said. “She started out as a very dark character. Even before the movies begin, she’s a spy, she’s an assassin. She has red in her ledger and to take her all the way to that sacrifice point is where her character is headed. And to not let her do that seemed a disservice to her as a hero.”

In the months before the premiere, fans made jokes about Romaoff’s superpowers, or lack thereof, when it came to Thanos. In a team of near-immortal gamma sponges and an actual god, a woman with sick moves and a gun does seem like a step-down. (Then again the same could be said for most of her human Avengers counterparts.)

Roses are red,
Memes? i got tons,
Black Widow rly thought she could beat Thanos with guns. pic.twitter.com/52CxsMcxvi

By claiming the Soul stone, however, she was instrumental in Thanos’ defeat. That was itself a nice troll to her online detractors.

“We couldn’t be afraid to kill her simply because she was the most important and the first female character. Again, the goal with all these things is just to put these people on a journey or continue or end their journeys,” Markus said. “Steve Rogers goes from selfless to slightly more self-interested. Tony goes from selfish to giving himself for the universe. Thor goes from obligated to letting go of that obligation. And Black Widow goes from a woman with red on her ledger to clearly wiping out all that red.”

Thankfully, we reportedly haven’t seen the last of Scarlett Johansson as our favorite Russian assassin. The actress will return to the MCU for her first solo Black Widow movie sometime in 2020. The film will focus on Romanoff in her early days as a Russian operative, and we can’t wait.