The dark side of Facebook’s Graph Search

Facebook's new Graph Search tool will let users delve deeper into what their friends and strangers are interested in. It can also dig up some potentially dangerous information.

Facebook’s new Graph Search tool will let users delve deeper into what their friends and strangers are interested in.

On the surface, it seems a compelling tool to make sense of nine years of data. But searching certain terms unearths information that can be downright dangerous for those whose profiles turn up in results.

Actual Facebook Graph Searches is a Tumblr started this week by Tom Scott, the man behind Klout parody Klouchebag and this video poking fun at Google Glass. It highlights some absurd searches, but also some where the consequences can be severe.

For example: “Islamic men interested in men who live in Tehran, Iran.” 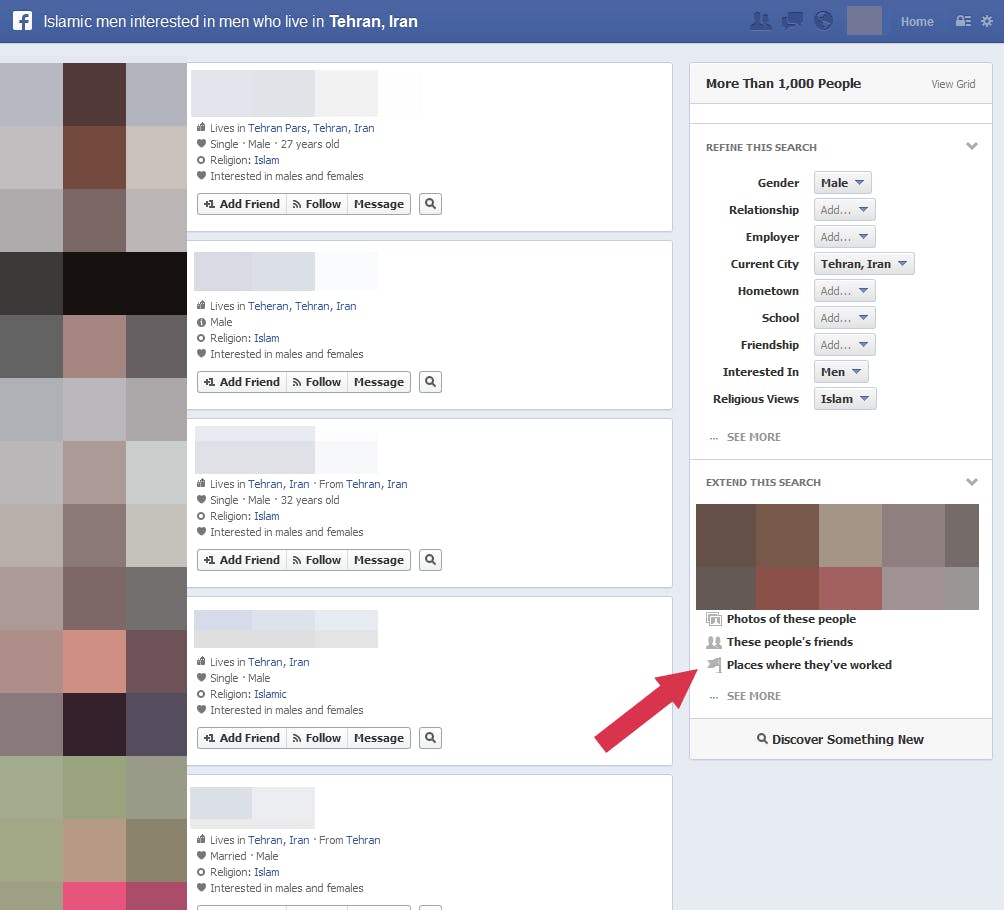 Homosexuality is illegal in Iran, and may be punishable by death. While Scott points out that these men could simply be suggesting that they’re interested in meeting men for business purposes, for instance, it’s the type of information that would find one under the watchful eye of Iranian authorities.

Even more troubling: There’s the option to add a filter to learn their workplaces. 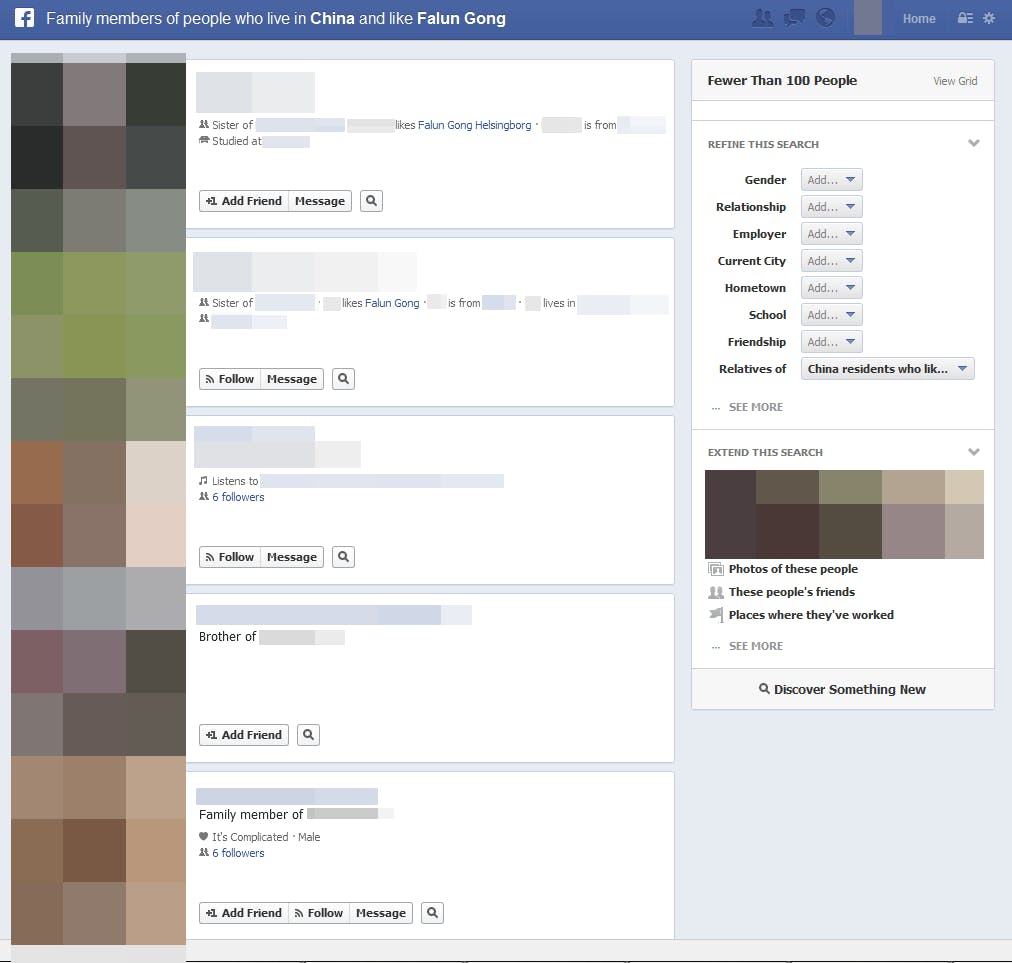 Similarly, a search turns up those in China who like Falun Gong, a banned spiritual practice. Practitioners have been sentenced to labor camps, and many have died. Slightly less important: Facebook is banned in China, although many citizens skirt the regulation. 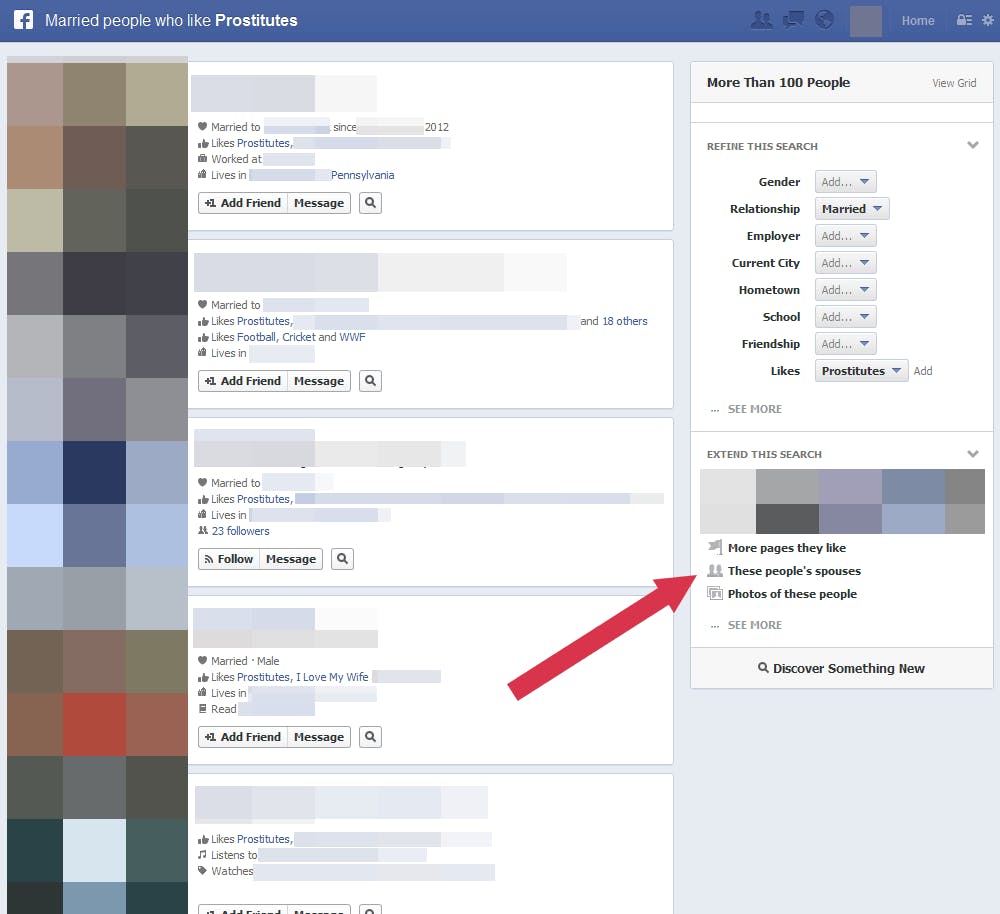 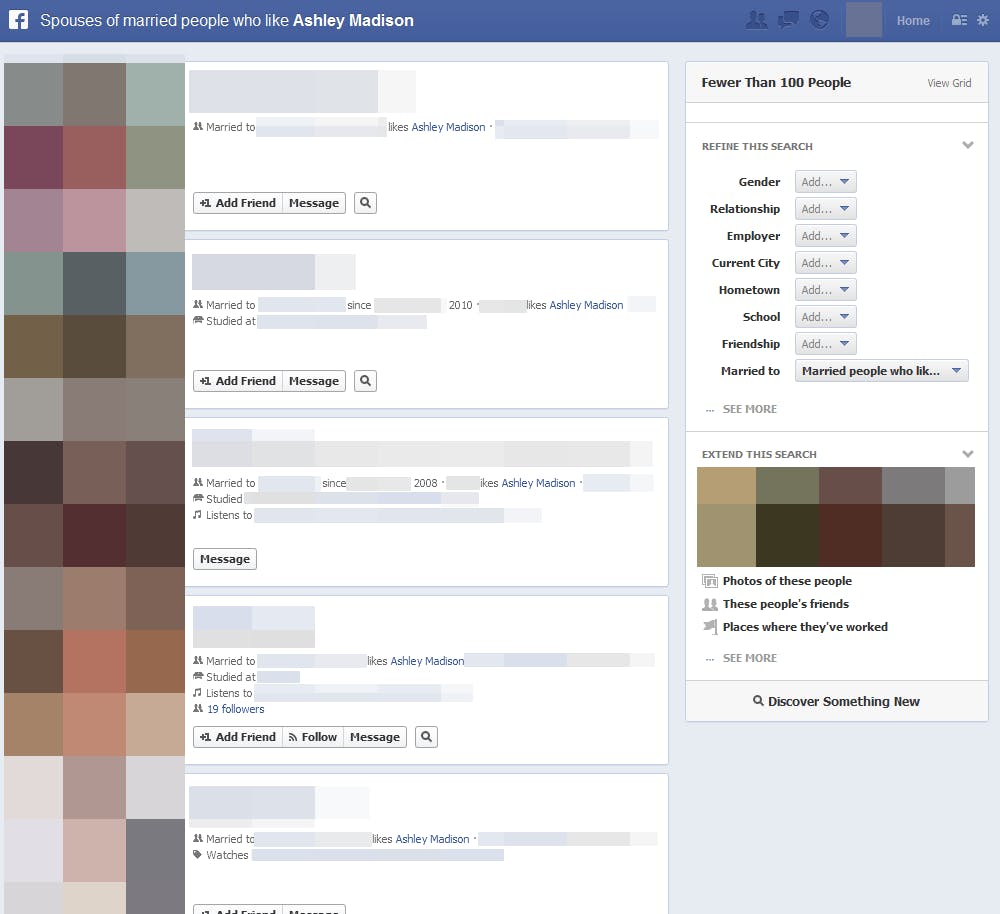 Viewing the spouses of people who like “prostitutes,” or the partners of those who like Ashley Madison (a dating site that encourages members to cheat on their significant others) may lead to some problems at home.

Other higlighted searches include “Mothers of Catholics from Italy who like Durex” (this might cause a fuss at the next mass), “People who like Focus on the Family and Neil Patrick Harris”(there doesn’t seem to be any conflict in liking both an anti-gay-marriage group and NPH, who is “very gay and due to be married with kids”), and “Current employers of people who like Racism.”

While Graph Search does seem like it has it uses, Scott shows just how powerful it can be in unearthing information some of us may not want the entire world to know about. All the more reason for you to check out your privacy settings.