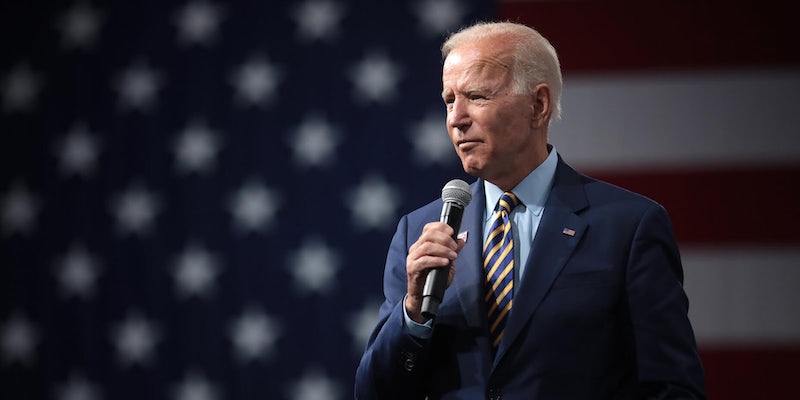 Last month the company said that all posts from politicians were newsworthy.

Facebook has refused a request from former Vice President Joe Biden’s campaign to take down an ad from President Donald Trump that alleges the 2020 Democratic was corrupt in dealings with Ukraine, according to a new report.

The New York Times reports that Biden’s campaign asked the site to remove the ad because it makes false accusations. The ad says Biden promised to pay Ukraine $1 billion if they fired a prosecutor investigating a company that his son was on the board of.

The Biden campaign, in a letter to the social media giant, called the allegations “completely false,” CNN reported. Last week, the Democratic National Committee called on Facebook to remove the ad, according to the Hill.

Trump himself has taken heat for his conversation with the president of Ukraine where he suggested that the country look into Biden. The phone call is at the center of an impeachment push from Democrats.

In a letter to Biden’s campaign, Facebook said it would deny the request to have the ad taken down, adding that its decision was “grounded in Facebook’s fundamental belief in free expression, respect for the democratic process, and the belief that, in mature democracies with a free press, political speech is already arguably the most scrutinized speech there is,” the Times reports.

Last month, Facebook—which has drawn scrutiny for the misinformation that was posted on the platform ahead of the 2016 election—announced that it would “treat speech from politicians as newsworthy content that should, as a general rule, be seen and heard.”

In their announcement last month Facebook said it would “demote” content that was debunked. However, the site told the Biden campaign in a letter that policy didn’t apply here, because it doesn’t apply to “a politician’s own claim or statement” regardless of whether “the substance of that claim has been debunked elsewhere.”