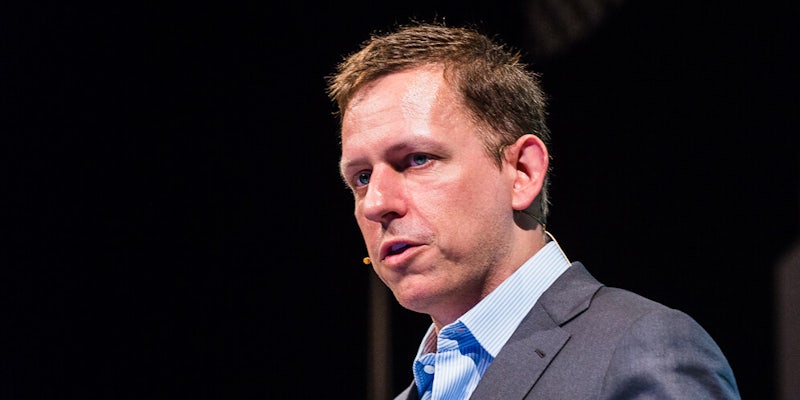 Others on Facebook's board want a change in policy.

Peter Thiel, an early investor in Facebook, is reportedly pushing for the company to stick to its much-criticized political advertising policy, according to a new report.

The Wall Street Journal reports, citing those familiar with the matter, that Thiel has been vocal on the company’s board in sticking to its policy regarding political advertisements. It’s an issue that has generated a wide array of criticism in recent months.

Facebook’s policy essentially allows for politicians to write whatever they want in ads, even if the information is false. It has been criticized by lawmakers and even members of the company.

Other board members have expressed a desire to change the policy, according to the Journal.

“Many of the decisions we’re making at Facebook come with difficult trade-offs and we’re approaching them with careful rigor at all levels of the company, from the board of directors down,” a Facebook spokesman told the Journal. “We’re fortunate to have a board with diverse experiences and perspectives so we can ensure debate that reflects a cross section of views.”

Thiel famously paid legal expenses for Terry Bollea (Hulk Hogan) for a lawsuit he filed against Gawker Media. The lawsuit forced the media company to file for bankrupcy. He also backed President Donald Trump during the 2016 election.