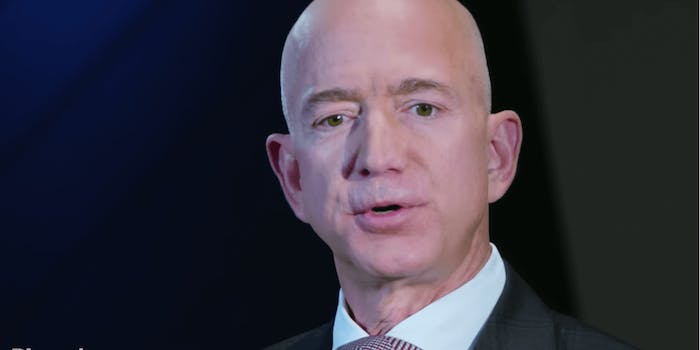 Michael Sanchez has accused the Amazon CEO of defamation related to the leaked nude photos debacle.

Jeff Bezos is being sued by his girlfriend’s brother over allegations that he was defamed by the Amazon CEO, TMZ reports.

Michael Sanchez, brother to Bezos’ girlfriend Lauren Sanchez, alleges that the world’s richest man ruined his reputation by falsely accusing him of leaking his explicit texts and nude photos to press.

Michael is accused of having sold the data on Bezos to the National Enquirer for $200,000 after receiving it from Lauren in 2018, according to the Wall Street Journal. Lauren has claimed that she did not know of Michael’s intentions when providing him with the sensitive texts and photos.

Bezos opted to release a blog post on Medium in February of 2019 after he says the Enquirer then tried to blackmail him with the private material.

Michael claims in his lawsuit that Bezos’ remarks led to his home being raided by the FBI, causing him embarrassment among his neighbors and friends.

While an exact amount has not been revealed, Michael’s lawsuit is seeking damages “in an amount appropriate to punish and make an example of defendants.”

In response to the lawsuit, Lauren provided the following statement to TMZ through her lawyer:

“Michael is my older brother. He secretly provided my most personal information to the National Enquirer — a deep and unforgivable betrayal. My family is hurting over this new baseless and untrue lawsuit, and we truly hope my brother finds peace.”

Federal prosecutors have also stated that they believe Lauren provided Michael with the nude photos and “flirtatious” texts before he took them to the press.

News also recently broke that claimed Bezos’ phone was hacked in 2018 by a malicious WhatsApp message sent from the account of Saudi Crown Prince Mohammad bin Salman, although Saudi Arabia has denied such reports.