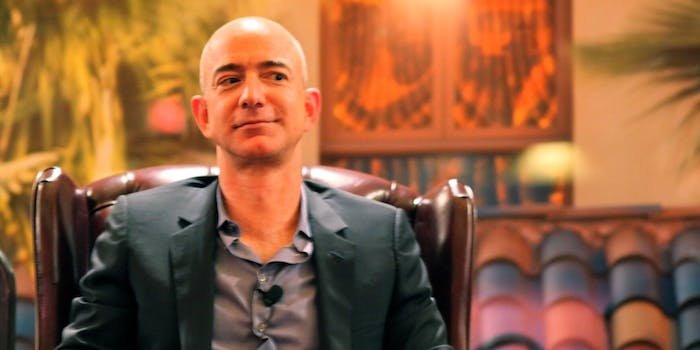 Jeff Bezos’ girlfriend allegedly sent his nudes to her brother, who then leaked them

There have been no reports that suggest Lauren Sanchez knew of her brother's intentions.

Federal prosecutors say Jeff Bezo’s girlfriend, Lauren Sanchez, forwarded his nudes and “flirtatious” messages to her own brother, who then sold them to the National Enquirer.

The photos were first sent from Lauren’s phone to Michael’s in May of 2018. Lauren’s brother Michael Sanchez sold the photos to the National Enquirer for six figures, according to the Wall Street Journal.

The Enquirer published some of the explicit text messages in its 2019 story revealing Bezos’ affair with Lauren, according to Complex. The Amazon CEO alleged in February 2019 that the Enquirer tried to use the nude photos to blackmail him. Instead of giving in to the tabloid’s demands, Bezos published a blog post on Medium.

“If in my position I can’t stand up to this kind of extortion, how many people can?” he wrote at the time. “Rather than capitulate to extortion and blackmail, I’ve decided to publish exactly what they sent me, despite the personal cost and embarrassment they threaten.”

According to a recent report, Bezos’ phone was hacked in 2018 after he received a message from a WhatsApp account believed to belong to Saudi Crown Prince Mohammad bin Salman. This led many to speculate that it was Saudi Arabia behind the leaked nudes. Saudi Arabia has denied the allegations.

There have been no reports that suggest Lauren knew of her brother’s intentions.