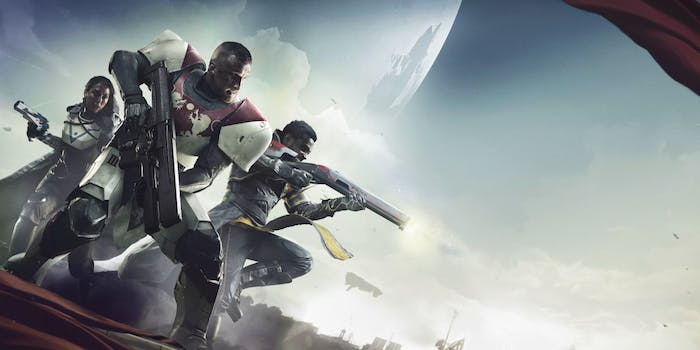 In the future, games with loot boxes may be required to have bright red warnings on their packaging.

Hawaiian lawmakers have introduced two sets of bills that would put restrictions on video game companies that sell loot boxes in their games. If approved, the bills would ban anyone under 21 from buying games that offer loot boxes. They would also require game makers to disclose the odds for what the loot boxes might contain. Games containing loot boxes would also have to come with a bright-red warning on the packaging.

For the uninitiated, loot boxes are randomized bundles of digital goodies players can buy within many modern games. They contain things like new weapons or outfits for your characters. A key component is that you never know what you’re going to get before you open them. Detractors have compared them to gambling with slot machines.

Both Hawaiian House Bill 2686 and House Bill 2727 say video game publishers “employ predatory mechanisms designed to exploit human psychology to compel players to keep spending money in the same way that casino games are so designed.” Because of their randomized nature, they say, loot boxes offer the same “psychological, addictive, and financial risks as gambling.”

The legislation has a long way to go before potentially going into effect. Once the bills get out of committee, they’ll need approval from Hawaii’s Senate and House before reaching the governor’s desk for signature.

Video game loot boxes are becoming more contentious outside of the law, too. Gamers have gotten up in arms recently over microtransactions in games like Star Wars Battlefront 2 and Destiny 2, causing the developers to tweak—or even outright remove—the systems in place.

Despite the occasional outrage, loot boxes and other digital add-ons generate billions of dollars in sales each year. So if these bills continue to move through Hawaii’s legal system, expect publishers to chime in with their arguments.