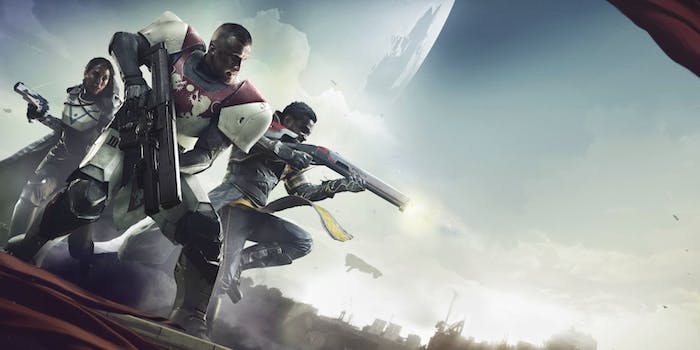 Bungie promises to be more transparent about how it will address fans' concerns in the future.

After weeks of fan outrage, Bungie, the maker of Destiny 2, has promised to be more transparent with its players. It also provided details about future updates that will address concerns fans have been ranting about online.

Destiny 2 players haven’t always been upset. The game launched in September to high fanfare and rave reviews. But it didn’t take long for the most dedicated players to blast through all of the content Bungie had created. And once they did, they were disappointed about what else the game had in store for them.

The expectation for a game like Destiny 2 is that you can play it endlessly. To encourage players to keep coming back, similar online games pump out a steady stream of loot, experience points, and rewards as you play. So the most ardent fans were disappointed when Destiny 2‘s rewards seemed to dry up once they reached a certain point.

That disappointment turned to anger when fans discovered the rate at which you earned experience points slowed down as you progressed. The result was that the more you played, the longer it would take to earn rewards. Making matters worse, Bungie seemed reluctant to communicate with outraged fans.

If the new blog post is to be believed, Bungie may have learned its lesson. “We know it’s frustrating when there isn’t enough of a dialog with the development team,” the post says. “You have our commitment that we’re going to do a better job going forward.”

The post goes on to detail what changes players can expect to see in Destiny 2 in December. “Going forward,” it says, “Destiny 2’s post-launch game systems, features, and updates are being designed specifically to focus on and support players who want Destiny to be their hobby—the game they return to, and a game where friendships are made.” Additions include a new tier of weapons, better rewards from vendors, and additional armor ornamentation.

Whether these changes will be enough to appease angry Destiny fans remains to be seen. Either way, it’s good to see Bungie opening the lines of communication and trying to address fans’ issues with the game.