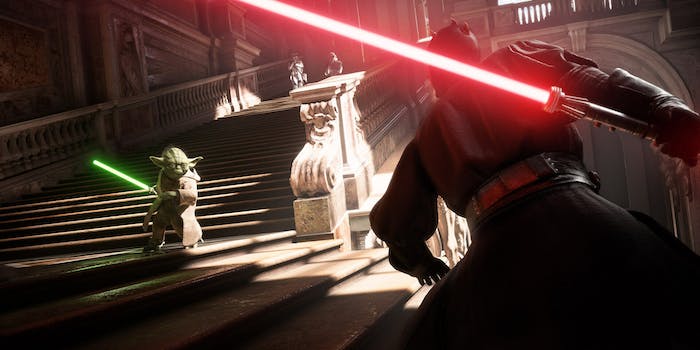 40 hours to unlock Darth Vader? Who has the time?

What should have been a happy week for video game publisher Electronic Arts quickly turned sour when EA Access and Origin Access members got their hands on a 10-hour preview of the upcoming Star Wars Battlefront 2. One of the biggest game releases of the year, Battlefront 2 has a huge fanbase online. But when word got out that it would take roughly 40 hours to unlock heroes like Luke Skywalker and Darth Vader in the game’s online mode, fans got angry.

Eventually, EA caved and lowered the cost of heroes by 75 percent. Unlocking the top heroes—Luke Skywalker and Darth Vader—now costs 15,000 credits each instead of 60,000, which should reduce the time required to get them to about 10 hours of online play. Battlefront 2 does offer other ways to earn credits, like playing through the single-player campaign and cashing in duplicate items you find in loot crates.

In a blog post, the game’s executive producer wrote, “Based on what we’ve seen in the trial, this amount will make earning these heroes an achievement, but one that will be accessible for all players.”

To begin mending the relationship with fans, top members of the development team plan to host an AMA (“Ask Me Anything”) Wednesday on Reddit. It will be interesting to see how that goes because when the controversy was in full swing, some EA employees allegedly received death threats.

Star Wars Battlefront 2 will release on PlayStation 4, Xbox One, and PC on Friday, November 17.