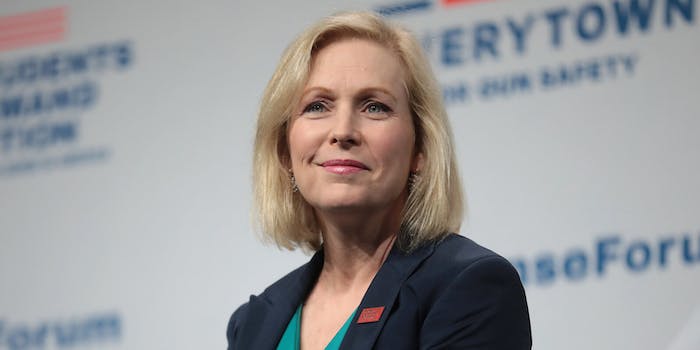 Gillibrand's proposal to create a new agency is similar to other lawmakers.

Sen. Kirsten Gillibrand (D-N.Y.) on Thursday proposed creating a new federal agency to protect people’s data privacy, arguing that it would “bring the protection of your privacy and freedom into the digital age.”

“The United States is vastly behind other countries on this,” Gillibrand said in her Medium post. “Virtually every other advanced economy has established an independent agency to address data protection challenges, and many other challenges of the digital age.”

The DPA would be able to take complaints from consumers and then conduct investigations into whether a “company is doing bad things with your data,” the New York senator said. She also envisions the new federal agency advising Congress on topics like deepfakes and encryption.

“The U.S. confronts a privacy crisis. Our personal data is under assault. Congress must establish a data protection agency. Senator Gillibrand has put forward a bold, ambitious proposal to safeguard the privacy of Americans,” Fitzgerald said in a statement.

Gillibrand’s proposal comes as other lawmakers have also pushed their own visions for data privacy protection.

“Today, no one is held accountable when a consumer’s online information is stolen, abused, or grossly mishandled. This is unacceptable, and it’s the reason we introduced the Online Privacy Act to restore and protect the American people’s right to privacy,” Eshoo and Lofgren said in a statement. “We commend Senator Gillibrand for introducing the Data Protection Act, which like our legislation, creates a new federal agency that enforces privacy protections and investigates abuses. This independent agency approach is an important piece of comprehensive privacy reform and allows tough but fair oversight.”