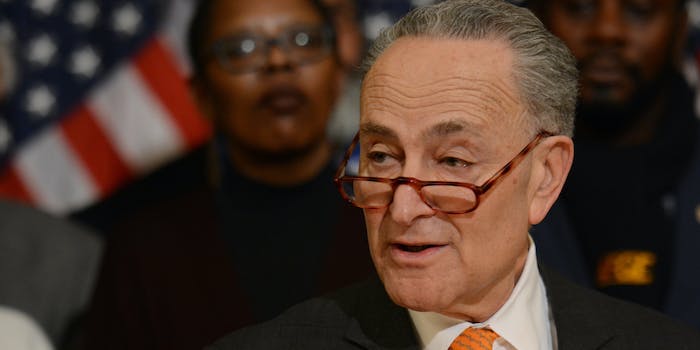 Privacy concerns recently popped up surrounding FaceApp, which recently went viral with the “FaceApp Challenge,” after it was discovered the company behind it is based in Russia.

CNN reports that that Democratic National Committee sent a warning out to the 2020 presidential campaigns about FaceApp on Wednesday.

“It’s not clear at this point what the privacy risks are, but what is clear is that the benefits of avoiding the app outweigh the risks,” Bob Lord, the DNC’s chief security officer, wrote in the letter, according to the news outlet.

The company told TechCrunch on Wednesday that while “the core R&D team is located in Russia, the user data is not transferred to Russia.”

Schumer on Wednesday wrote a letter to FBI Director Christoper Wray and FTC Chairman Joseph Simons about his concerns with the app.

“In particular, FaceApp’s location in Russia raises questions regarding how and when the company provides access to the data of U.S. citizens to third parties, including potentially foreign governments,” he wrote in the letter, adding: “It would be deeply troubling if the sensitive personal information of U.S. citizens was provided to a hostile foreign power actively engaged in cyber hostilities against the United States.”

Because millions of Americans have used it

It’s owned by a Russia-based company

And users are required to provide full, irrevocable access to their personal photos & data pic.twitter.com/cejLLwBQcr

Some concerns about the massive collection of photos from users of the app have been addressed by the company and security researchers, who believe those claims to be unfounded.