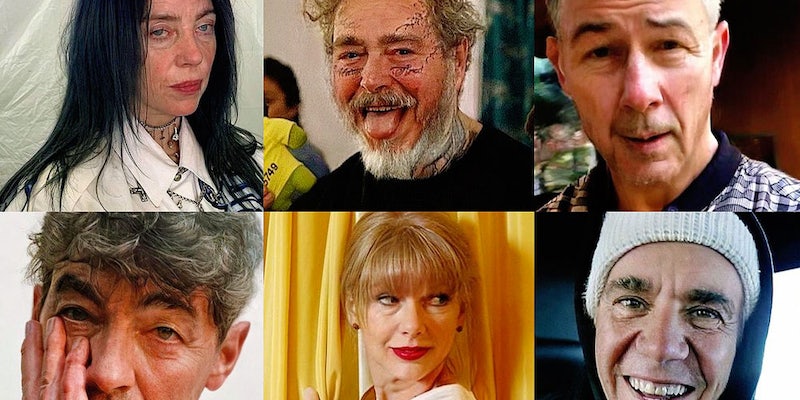 The FaceApp challenge shows you how gracefully you’ll age

The app returns to prominence after several major missteps.

The FaceApp Challenge is taking the internet by storm by turning your favorite celebrities into senior citizens.

FaceApp, a free mobile application available for both Android and iOS, uses artificial intelligence to age any selfie by a few decades, revealing what you might look like in the distant future.

Over the past several days, celebrities and internet users alike have used the app–produced by a small team of developers in Russia–and flooded Facebook, Twitter, and Instagram with their elderly images.

NBA player Dwayne Wade revealed himself as a grandpa on Instagram Tuesday, receiving hundreds of thousands of likes in the process.

Over the weekend, rapper Iggy Azalea argued that she would undoubtedly “age like milk” due to her whiteness after a fan used the app on her likeness.

The aged photos spread on Twitter under the #FaceAppChallenge hashtag. Major brands and companies were also predictably quick to jump on the bandwagon.

Universal Music Canada applied the filter onto the biggest artists in the music industry, including rapper Post Malone and pop star Ariana Grande.

A slew of sports teams and other corporations piled on the old-age filter as well.

This is not the first time FaceApp has gone viral though. The app also has a “gender-swapping” feature as well as the ability to make people appear younger.

Even though people are having fun with the old-age filter, not all of the app’s features have been as well received. In 2017, FaceApp introduced a feature to change the race of its users, allowing them to choose between “Asian, Black, Caucasian, and Indian.” That filter was removed shortly after launch due to backlash.

That same year, the company’s CEO apologized after a filter designed to make people “hot” significantly lightened users’ skin and made them appear white.