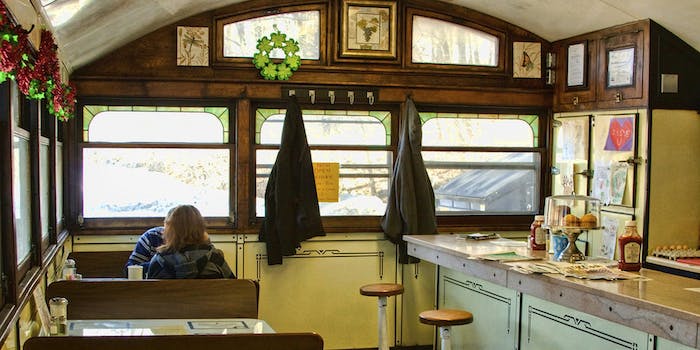 Rumors that Yelp filters its reviews in ways that are unfair to restaurants have floated around the Internet for years. Last Friday on Reddit, a debate over the review site’s policies heated up once again.

It all started with a post from an angry Toronto-area restaurant owner.

My family opened a Mediterranean Restaurant approximately two years ago called Ba-Li Laffa. During the first number of weeks, we were approached by a marketing member of Yelp who asked us to pay a fee for preferential display on the Yelp website. Due to the fact that were we a new establishment and bills were through the roof at that point, we politely declined their offer. This is where the issues with Yelp begin to arise.

Yelp claims to have an “advanced review engine” that apparently is knowledgeable to sift out all the “fake” reviews and only put the “legitimate” reviews visible to those who are searching the restaurant. In theory this makes sense that those account with the sole review being that of your restaurant are probably fake accounts (or possibly someone that you asked to review it for you). Although this is not how it works, and according to numerous accounts from other restaurateurs that I have met through Reddit, it is essentially a blackmail money grab by Yelp.

The angry restaurant owner claimed Yelp had hidden positive reviews for his business while highlighting negative ones, causing his rating to drop. Fellow Redditors chimed in, many accusing Yelp of tampering with reviews to tank certain restaurants.

There’s only one problem: Despite anger towards Yelp, there’s scant evidence the review site is meddling with reviews in a malevolent way. Harvard Business School released a study in late 2013 debunking claims that Yelp gives preferential treatment to advertising partners, and  The service’s biggest problem involves the opposite situation, where reviewers try to game the system as paid shills or parties with vested interest in the reputation of a business (the same HBS study concluded 16 percent of Yelp reviews are fraudulent).

Yelp told the Daily Dot the team had hidden the positive reviews because they’d found them all to be sent from the same IP address within a short period of time, indicating fraud. “In cases where businesses have a large number of reviews that aren’t recommended, it’s often because they’ve solicited positive reviews from friends, family, or favorite customers or tried to game the system by writing fake reviews for themselves. Yelp does not support these practices as they result in biased reviews which aren’t useful to consumers,” a Yelp spokesperson said. The team provided a screenshot showing that the positive reviews were likely fraudulent.

An onslaught of bad online reviews can have a serious impact on a business’s reputation, and it’s important to hold reviewing platforms to high standards and keep investigating them for potentially unfair practices. But in this case, it appears the griping is unjustified.