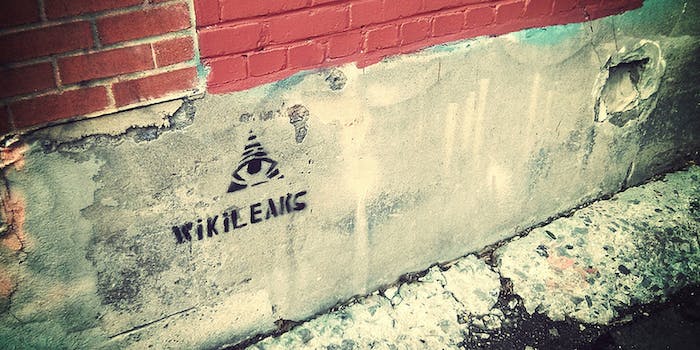 Are WikiLeaks’ best days behind it?

When Julian Assange walks out of his Ecuadorian embassy, what world will he find?

Today marks the three-year anniversary of when WikiLeaks founder Julian Assange was originally detained by police in the U.K. Assange was originally released on bail, put on house arrest, and eventually given asylum in the Ecuadorian embassy in Britain. Denying any wrongdoing, Assange has publicly stated that the charges are an attempt to thwart him for participating in WIkiLeaks, which, at the time of his detainment, had just begun publishing the first leaks by Pfc. Chelsea Manning, sparking a transparency revolution.

For better or worse, Assange’s fight for Internet transparency has grown radically since he was first detained in 2010. As we now know, only months earlier Assange and Manning were working to publish Collateral Murder, the video of a U.S. Apache helicopter gunning down civilians and wounding children in Iraq.

After Manning’s initial leaks were published, WikiLeaks’ profile took the world stage. The site was subsisting on online donations from citizens around the world who were becoming increasingly interested in the idea that states should have nothing to hide.

It’s perhaps no surprise that many U.S. corporations sided with the government in Assange’s battle for transparency. In one telling example, credit card companies, as well as the digital cash transfer site PayPal, stopped processing donations to the site.

The decision prompted hackers identifying themselves with the growing Anonymous group to strike back. In late 2010, they launched a distributed denial-of-service attack (DDoS) on PayPal, temporarily crippling the company’s servers and, perhaps more importantly, conveying the notion that there was a military arm to the radical transparency movement. (It also led to WikiLeaks accepting donations in Bitcoin, a move that recently paid off.)

The offensive continued in 2012, when another Anonymous hacker named Jeremy Hammond broke into the private security company Stratfor and stole a trove of emails revealing the company’s surveillance activities. Hammond showed that it was essentially a for-hire spy operation that aided the U.S. government in keeping tabs on activists around the world.

Then, in 2013, former National Security Agency contractor Edward Snowden released a massive trove of documents detailing the agency’s pervasive spying operations around the world. They revealed that the agency spied on global allies, tapped into the global infrastructure, brokered deals with major telecoms, and leverage secret warrants to obtain American’s social media data. Snowden will likely be Time magazine’s Person of the Year.

There are ways in which you could read that story as an unmitigated success for Assange’s movement.

However, earlier this year Manning went to trial for leaking that video and others to WikiLeaks. She would be found not guilty of any wrongdoing in the case of the Iraq war video but was convicted of espionage for other leaks that she and Assange would later carry out such as the Afghan and Iraq war logs, which revealed the true, under-reported number of casualties in the U.S. wars in the Middle East. Hammond too was sentenced to a decade in prison for hacking into Stratfor. Meanwhile, Snowden has fled to Russia, where he currently lives under temporary asylum.

In some ways, history reveals that the attacks on Assange, justified or not, have to some extent succeeded in crippling WikiLeaks. In the recent movie about the whistleblower organization, former employees explained how the outfit’s funds were being used to support Assange’s legal defense. Because of this, interest and faith in the company have dwindled.

There is perhaps no better measure of this than the last three years: When the new decade began, Manning was uploading secret files to WikiLeaks servers. Three years later, however, when Snowden decided in June of 2013 to reveal the U.S. government’s massive spying operation, he went to a journalist at the Guardian, not the whistleblower site. In that decision lies the perhaps unfortunate truth that the organization arguable behind the transparency revolution is no longer at the center of it.

Assange told RT that he sees an end to his asylum in the Ecuadorian embassy. “It’s a political, diplomatic, legal mix,” he said. “I think in a reasonably short time frame – year, year-and-a-half actually, there are some good signs that there will be a resolution. That time is on my side in this situation, because as times goes by, more of the facts of the situation are coming out.”

And that may be true. But the world he steps into will undoubtedly not be the one he was hoping for three years early when he told Manning “the Nixon tapes got nothing on us.”