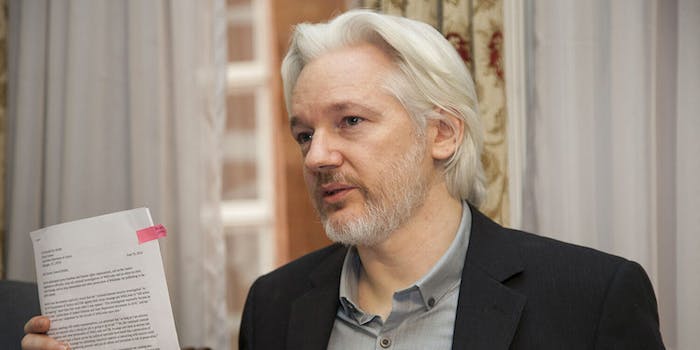 The Justice Department announced Thursday that WikiLeaks founder Julian Assange has been charged with violating the Espionage Act.

The anti-secrecy publisher has been indicted on 17 counts stemming from the release of classified military and diplomatic documents in 2010.

Those documents, which included the infamous “Collateral Murder” video depicting U.S. forces gunning down journalists in Iraq, were provided to WikiLeaks by Chelsea Manning, who at the time served as an Army intelligence analyst.

The Espionage Act charges raise serious questions concerning press freedom in the U.S. The New York Times argues that such charges could set a precedent that leads to the further criminalization of journalism.

“Though he is not a conventional journalist, much of what Mr. Assange does at WikiLeaks is difficult to distinguish in a legally meaningful way from what traditional news organizations like The New York Times do: seek and publish information that officials want to be secret, including classified national security matters, and take steps to protect the confidentiality of sources,” The Times writes.

Assange is currently in custody in the U.K. after being hauled out of the Ecuadorian Embassy in London last month by British police.

Manning is likewise in custody for the second time this year in the U.S. for refusing to cooperate with a grand jury investigating Assange.

The WikiLeaks founder is also fighting attempts by the U.S. to extradite him over other allegations that he conspired to crack a password to access a U.S. government system.

Since the Assange’s arrest, Swedish authorities have also reopened a case surrounding allegations of sexual assault.

Prior to his recent arrest, Assange spent seven straight years in the Ecuadorian Embassy.