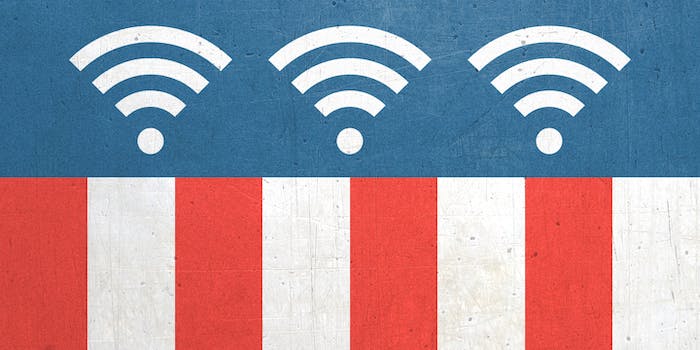 Here’s what the Internet hates about the TPP trade deal

The 'biggest trade deal you've never heard of' is knocking at the door. What will it mean for your Internet use?

After years of warning that the secretive Trans-Pacific Partnership would be devastating for Internet freedom, intellectual property experts have finally gotten to look at the final draft of the proposed treaty.

And they say it’s as bad as they feared.

Spanning 30 chapters over thousands of pages, the TPP is enormous. It took its 12 member nations—the U.S., Mexico, Canada, as well as Oceania and countries in South America and Asia—five years to negotiate it.

Different civil groups have all kinds of criticisms of the TPP’s provisions, ranging from labor to the environment, though the main theme is that it emphasizes business over civil interests. That shouldn’t be surprising, given that it’s a trade deal, and that corporate lobbyists were given access to the negotiation process that was denied to the press and civil groups.

Some of activists’ most vocal criticism targets the TPP’s intellectual property chapter, which critics say could have sweeping effects on Internet freedoms.

Given that the IP chapter alone is more than 28,000-words long, analysts are still making their way through it, which means there will surely be more to add to this list as they dig deeper. Here are the areas of concern experts have singled out so far.

While it isn’t part of the IP chapter, the TPP comes with its own legal system, called the investor-state dispute settlement, which shows why it’s such a big deal if each member country adopts the new measures. In theory, the ISDS is a kind of court to help resolve trade disputes. But the consumer-advocacy group Public Citizen warns that it actually “would not meet standards of transparency, consistency, or due process common to TPP countries’ domestic legal systems or provide fair, independent, or balanced venues.”

When would such disputes arise? Internet-rights group the Electronic Frontier Foundation notes that in 2011, Australia, in addressing the fact that cigarettes were among the leading causes of preventable death in the country, passed the Plain Packaging Act, which denied cigarette manufacturers from branding packs of cigarettes. U.S.-based cigarette manufacturer Philip Morris sued, unsuccessfully, over that law, citing a different trade agreement. The TPP’s legal system, the EFF argues, “can be characterized as a tool for private industry to directly undermine democracy and any public interest rule.”

The Office of the United States Trade Representative, which argued the U.S.’s stance for the TPP, previously told the Daily Dot that it wouldn’t agree to anything that contradicts U.S. law—in particular, when it comes to intellectual property, the oft-criticized 1998 Digital Millennium Copyright Act (DMCA). But a close reading, the EFF found, revealed that while the IP chapter seemed to strike a balance between regular Internet users and copyright holders, “all of the provisions that recognize the rights of the public are non-binding, whereas almost everything that benefits rightsholders is binding.”

The TPP finds that copyright on works can last 70 years before they’re released into the public domain. Different countries have different standards on a copyright’s expiration date. Canada, say, or Malaysia—both TPP nations—currently have 50-year terms. That means that it’s currently perfectly legal there to share a movie or book or album from 1945-1965. But once Canada adopts the TPP, a person there can be accused of, and sued for, copyright infringement for sharing content of that age—and expect to face the ISDS instead of a real court. As Canadian copyright expert Michael Geist has noted, this also means that Canada will have to adopt the U.S. copyright “takedown” system, which legally compels websites to take down content if someone claims they hold the copyright to it.

A central way that the DMCA deals with piracy revolves around the concept of “safe harbor.” In essence, a website isn’t responsible if a user posts copyrighted content—otherwise, how would Facebook, or Tumblr, or any major site survive the onslaught of lawsuits?—provided that site is quick to take down that content when a copyright owner sends a DMCA notice. Technically, though, a copyright owner can sue a user’s Internet provider if they think that user is a repeat pirate and insist that the ISP block that user from getting online. In practice, this rarely happens, though there is one prominent copyright enforcement service, RightsCorp, that’s made kicking users offline part of its business model.

Since the TPP follows the DMCA’s lead on safe harbor, that means that copyright holders in one TPP nation can sue those in another over alleged piracy. It can be quite easy to be falsely accused of piracy, and in the past, major copyright holders have had no problems with suing regular users for hundreds of millions of dollars over claims of copyright infringement. And remember, these claims can go to the ISDS.

Digital rights management, or DRM, is a broad term, but it boils down to the basic sense of “locks” on electronics. Remember how iTunes used to let you “rent” songs, rather than buy them, meaning you couldn’t send them to friends or play them on non-Apple devices? The concept extends to hardware, like how you’re not supposed to use Keurig coffeemakers or John Deere tractors for anything other their intended purposes.

The general argument against DRM is pretty clear: Customers feel like they should be able to do whatever they want with items they pay for, and that includes hacking them to see how they work or repurposing them for something else. The DMCA criminalizes DRM circumvention, which is harsher than a number of other TPP countries’ existing laws.

But the intellectual property chapter would enforce the DMCA’s provision in every country, criminalizing anyone who “circumvents without authority any effective technological measure that controls access to a protected work, performance, or phonogram.”

Another provision of the TPP, designed to protect the interests of software developers prevents nations from demanding source code.

In theory, this would help prevent piracy and protect the rights of those developers. But it also means that if the source code is secret, there are far fewer eyes searching for potential flaws—a key part of good cybersecurity—increasing the likelihood that the digital products we use can be hacked and our data exploited.

Stewart Baker, a lawyer who specializes in national security and technology issues, wrote in an op-ed in the Washington Post that the U.S. was extremely shortsighted here. “I doubt US security agencies are comfortable letting Vietnam write apps that end up on the phones of their employees without the ability to inspect the source,” he wrote. “In short, this is a tough policy call that is likely to look quite different in five years than it does today.”

None of this is entrenched quite yet, though. While it looks likely, each member nation has to ratify the TPP before joining in. For the U.S., that means passing Congress, and Senate Democrats have vowed to fight it.