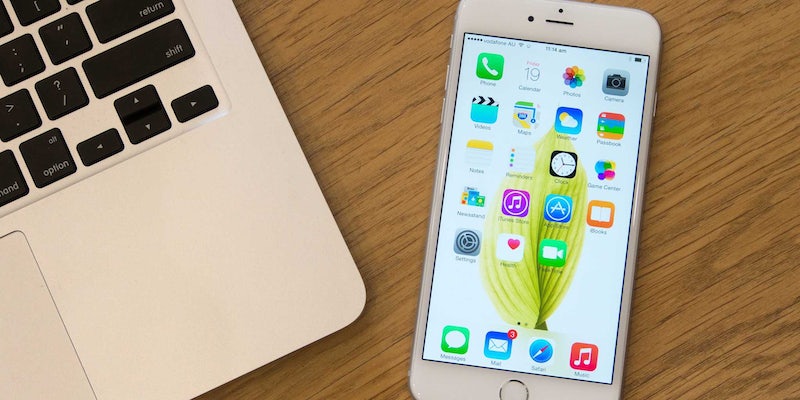 Error codes and pop-up warnings aren’t as scary in 2015 as they were decades ago. With Google at your fingertips, it’s hard to find a bug in your computer, game system, or smartphone that someone else has found a solution for. So, when I plugged my iPhone 6 Plus into my computer and began installing a new iOS update, I didn’t get too concerned when a window popped up telling me something had gone wrong.

Little did I know, I had encountered an issue that even Apple Store reps can’t fix, much less explain. It’s called Error 53, and it’s the worst thing that can happen to your iPhone.

For about a month before Error 53 entered the picture, I had been having nagging issues with my 64GB iPhone 6 Plus. I had bought it on launch, and it had worked fine for several months before the problems began. First it was just an unresponsive touchscreen, requiring several swipes or taps at times before anything would register on the screen. Then, the Touch ID fingerprint sensor refused to read my print, requiring me to manually enter my passcode every time I wanted to unlock the device.

I eventually disabled Touch ID entirely, but soon the home and lock buttons started acting up. It would sometimes take up to a minute, and dozens of button presses, before my device would wake up, even when the battery was fully charged. I restored my phone’s software, wiped it completely, restored from a backup and even started completely fresh, but nothing fixed the issue. It didn’t take much searching to find dozens, or perhaps hundreds, of fellow iPhone 6 Plus users reporting the same issues on Apple’s support forums, so I knew I wasn’t alone.

When a new iOS update, 8.3, was pushed to my phone a week ago, I eagerly read the notes. “Stability and performance improvements,” were promised, and I hoped Apple had patched whatever issue I and many others had been experiencing. I began the installation of the update via the iOS menu, but it quickly tossed back an error.

After several more failed attempts I decided to update the old fashioned way by plugging my phone into my PC. I updated iTunes and began installing the iOS update, only to be met with a considerably more obtuse error message.

From this point forward, my iPhone was effectively dead to the world. It was stuck in a reboot loop that repeatedly puts the phone in what is known as Recovery Mode. Recovery Mode requires you to plug your phone into your computer and update via iTunes, and it’s usually the last-ditch effort to update and restore an iOS device that is acting strange. In my case, updating and restoring via Recovery Mode just sent my iPhone right back into Recovery Mode. I tried it on three different computers, both OS X and Windows platforms, but it was clear that my poor little smartphone had breathed its last breath.

Once I was satisfied that I wouldn’t be able to fix the issue myself, I ventured online again to find out more information about Error 53, and what I discovered was surprising.

For starters, Apple lists 65 different numerical error codes on its website, ranging from common to rare, but Error 53 isn’t one of them. The company even addresses solutions for those who have jailbroken their devices, which the company greatly frowns upon, but doesn’t address Error 53 whatsoever.

Apple’s support forums, on the other hand, have plenty of discussion of Error 53. When a customer mentions encountering the error, the typical troubleshooting steps are recommended—things like restoring the iPhone or restarting the device—but not a single person has discovered a recommended method for restoring the device once the number 53 appears on their screen.

Some claim it’s a general hardware error, while others are positive that it’s a Touch ID issue. There are even some that claim that it is linked to the replacement of the touchscreen or home button, insisting that restoring your phone’s original home button (with the original Touch ID sensor) is the only fix.

“Um… it means you give him a new phone.”

It’s widely known that every Touch ID sensor is paired with a specific iPhone and cannot be used elsewhere. This means that if your Touch ID sensor is replaced, your iPhone won’t work as intended. There are users who have reported that reinstalling the original home button after a repair seemed to bring their device back from the dead. That’s great, but not particularly helpful for myself and others who encountered Error 53 out of the blue, with no alterations done to our phones whatsoever.

I made an appointment to get my iPhone repaired at my nearest Apple Store the next day. When I arrived, the Apple Store rep took my phone and asked me to describe the issue. I mentioned that it seemed to be stuck in a Recovery Mode loop and that it wouldn’t update correctly. She nodded and plugged the phone into her MacBook.

I said that iTunes was repeatedly giving me an Error 53 warning. “Oh,” she said, “that’s interesting.”

She started the iTunes update process just as I had done, and as we waited for the progress bar to slowly march its way across the screen I mentioned that I couldn’t really find much information about Error 53 online. “I know, I don’t get it either,” she said “We don’t really know what it means either.”

I half assumed she was joking, or simply being the relatable Apple rep she was trained to be, so I played along. I joked that it must be some weird Apple conspiracy, but her response made it clear that she wasn’t just trying to be friendly by feigning ignorance.

“No, seriously,” she said, “It’s like your phone is pretty much cursed.”

I couldn’t help but laugh, and as I did, another representative walked up. As he asked my rep if she had a usb cable he could use, she asked him about my issue. “Hey, do we know what Error 53 is?” she asked him.

“What does it mean?” she pressed.

“Um,” he seemed to be searching for a professional way to say what he was about to say, before deciding on “it means you give him a new phone.”

The Apple Store representative and I chatted for a while longer. My phone eventually threw up the same Error 53 alert on her computer as it had for me, and she began the process of verifying that I hadn’t tampered with the phone before she could actually issue me a brand new one.

I was told that when a phone has an Error 53 failure, it gets sent right back to Apple, and there’s no procedure for store associates to actually fix it. No parts to replace, no magical software wipe, no advanced troubleshooting steps. It gets boxed up and shipped right back to the mothership.

Whatever Error 53 actually means, and whether it’s indicative of a single, specific failure or a range of device-breaking conditions from which there is no recovery, it’s undoubtedly the worst glitch I’ve ever experienced with any of my many iOS devices over the years. The fact that Apple doesn’t explain what it means and refuses to list it on its support page—perhaps because there’s really no fix, other than replacement—gives it a mysterious air, but ultimately it’s a reminder that no matter the company, quality, or cost, technology can still simply die for no good reason.

Update 3:00pm CT, Feb. 5: In a Guardian report, Apple has acknowledged the error itself and subsequently linked it with unauthorized Touch ID hardware repairs. As we originally reported above, Touch ID hardware was suspected to be the culprit all along, though in my specific case the home button had never actually been swapped, serviced, or repaired in any way prior to the error rendering my phone unusable. The iPhone 6 Plus in question had never been taken apart, damaged, or otherwise compromised, and the mystery surrounding why it and others like it had been hit with Error 53 remains.

Photo via omarjordanf/Flickr (CC BY SA 2.0)