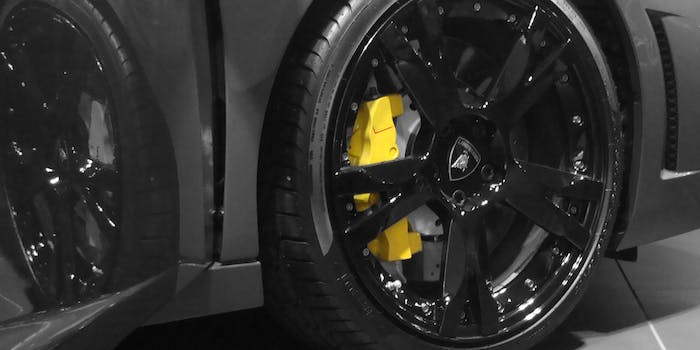 Despite what their customer service representative said.

Verizon is staunchly denying allegations that it has begun slowing down users’ speeds to cloud storage sites, in an apparent bid to deny access to sites like Netflix.

If true, it would be a blatant violation of net neutrality, which holds that Internet service providers can’t give certain sites and services preferential treatment. Though net neutrality was dealt a devastating legal blow in January, it does still remain the law of the land.

In a blog post Wednesday, Dave Raphael, director of engineering at iScan, noted that when he ran tests on both his home and his company’s Verizon FiOS Internet connection, he found that Verizon’s connection would drop to shockingly low speeds whenever he accessed sites for cloud storage.

Raphael followed up with “And this is why my netflix quality is also bad now?”

This would be far from the first time Verizon has been accused of reducing bandwidth to sites it doesn’t want to bother with. And Netflix is at the heart of the net neutrality debate: Its streaming services are a substantial portion of Internet traffic as a whole. ISPs like Verizon pay a lot to keep up with the traffic demands of the way people use the Internet now, and they would stand to make a mint if they could charge customers extra for access to popular services, or force Netflix to pay for a share of the bandwidth.

In a statement provided to the Daily Dot, Verizon claimed to “treat all traffic equally.” It didn’t touch on iScan or Raphael’s experiences in particular, but it noted that there are several factors that can go into Internet speeds, and added that “the company representative was mistaken.”

The company has conclusively shown one thing, though: If Verizon isn’t playing dirty pool when it comes to net neutrality, its customer service training probably needs some work.