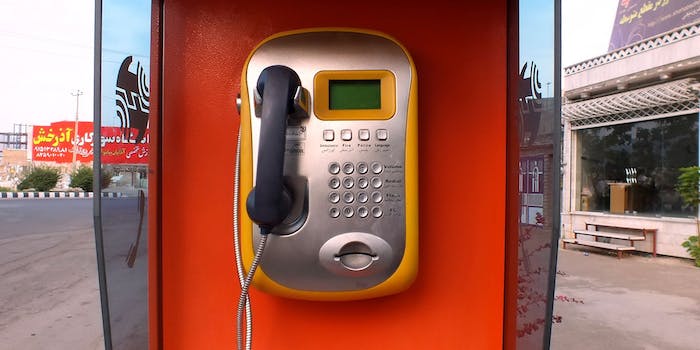 All it took was six months, angry shareholders, and some of the worst press any corporation could possibly have.

All it took was six months and some of the worst press any corporation could possibly have. Verizon and AT&T will finally begin issuing transparency reports of government requests for their data.

It’s a striking move for both companies and privacy advocates at the Electronic Frontier Foundation said they were “pleasantly surprised” by the move. Verizon was the centerpiece of the very first of former National Security Agency contractor Edward Snowden‘s revelations: that the NSA regularly got the call records of all Verizon’s customers via secret court order.

When American tech companies like Google, Yahoo, and Facebook were soon similarly indicted with documents proving they were tapped in a program called PRISM, they sprung into action. Each issued carefully worded denials that they were willing participants in such a scheme, and already published transparency reports—fuzzed on the specifics, per government demand—of how much information that governments around the world, including the U.S., demanded of them.

The phone companies, however, made no such gestures at the time. One Verizon executive dismissed the tech companies’ actions as “grandstanding,” adding that they “wave their arms and protest loudly so as not to offend the sensibility of their customers.”

It’s not hard to guess what might have prompted their change of heart. Both companies received letters from major shareholder groups in November, demanding the companies be more transparent.

Both companies said they’d provide a breakdown of government requests and court orders for their customers’ information by early 2014.

However, it’s not all roses for privacy advocates. AT&T specifically noted it would not include classified orders from the Foreign Intelligence Surveillance Court (FISC), the type made by the NSA. Verizon didn’t address that issue in its own press release, and a representative contacted by the Daily Dot didn’t immediately return request for comment. (In fairness, it is Christmas Eve.)