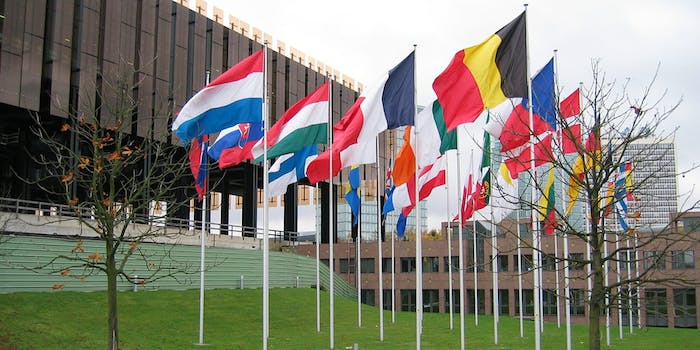 The United States wants Europe’s top court to preserve a data-sharing agreement between them, countering a top European adviser who argued that U.S. mass surveillance invalidated the agreement’s privacy protections.

Yves Bot, an advocate general for the European Court of Justice, had last week advised the European Court of Justice to rule in a current case that European countries could prohibit U.S. companies from gathering certain data from their citizens. The U.S.–E.U. Safe Harbor data-sharing agreement permits that data collection based on the understanding that companies will safeguard the data, but Bot wrote that the United States’ “mass, indiscriminate surveillance” precluded that privacy guarantee.

Responding to the ruling in a statement issued Monday, the U.S. Mission to the European Union sharply criticized Bot’s legal advice, arguing that it “rests on numerous inaccurate assertions about intelligence practices of the United States.”

“The United States does not and has not engaged in indiscriminate surveillance of anyone, including ordinary European citizens,” the government argued. It called the PRISM program, exposed by former National Security Agency contractor Edward Snowden, “targeted” and “duly authorized by law.”

The United States and Europe are negotiating changes to the Safe Harbor agreement, and a top U.S. official said last December that the two sides had made “a great deal of progress.”

American officials have repeatedly stressed that the agreement is critically important to U.S. businesses’ European operations, but the U.S. mission’s statement also cast the ECJ court case in broader terms, suggesting that an adverse ruling for the United States could jeopardize all agreements between the E.U. and other parties.

“The underlying issue here also goes far beyond the Safe Harbor Framework,” the statement said. “The Advocate General’s reasoning would undercut the ability of other countries, businesses and citizens to rely upon negotiated arrangements with the European Commission.”