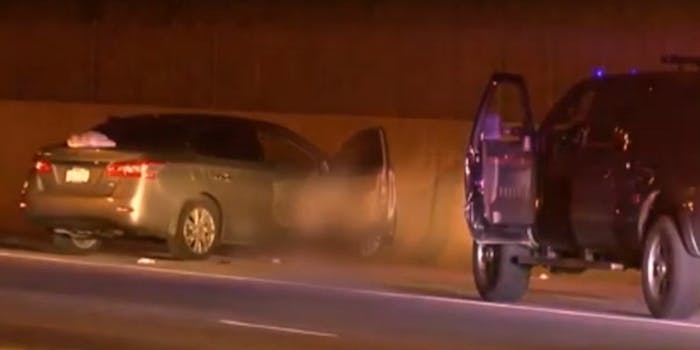 It's not clear if the driver was ride-hailing at the time.

An Uber driver shot and killed a passenger on an interstate in Denver on Friday morning, according to authorities.

Denver police department spokesperson Sonny Jackson said preliminary findings suggest the fatal incident was spurred by a conflict between the driver and passenger. Shots were reportedly fired by the driver on Interstate 25 shortly before 3am.

“This is very preliminary, but it appears there was an Uber driver and his passenger got into a conflict inside his vehicle, shots were exchanged, shots were fired and the passenger it appears was shot,” Jackson said.

Authorities are sure the driver worked for Uber, but it’s not clear whether he was operating at the time of the incident. No additional information about the incident was provided. As part of an ongoing investigation, police have reportedly been in talks with Uber.

“We’re going to determine what the relationship was between what appears to be a passenger and a driver prior to this particular ride,” Jackson said. “That’s the one thing I would stress anyone that was on the highway at this time…if they saw a conflict going on inside this vehicle please let us know.”

The fatal shooting comes just weeks after Uber announced new safety features designed to protect riders. Among those are increased background checks and a tool that lets passengers share their location with trusted contacts. Earlier this week, Uber released a new 911 button to give riders a quicker way to contact emergency services should a conflict arise. It’s not clear whether the features could have been applied in this incident.

We have reached out to Uber and will update this article if we learn more.